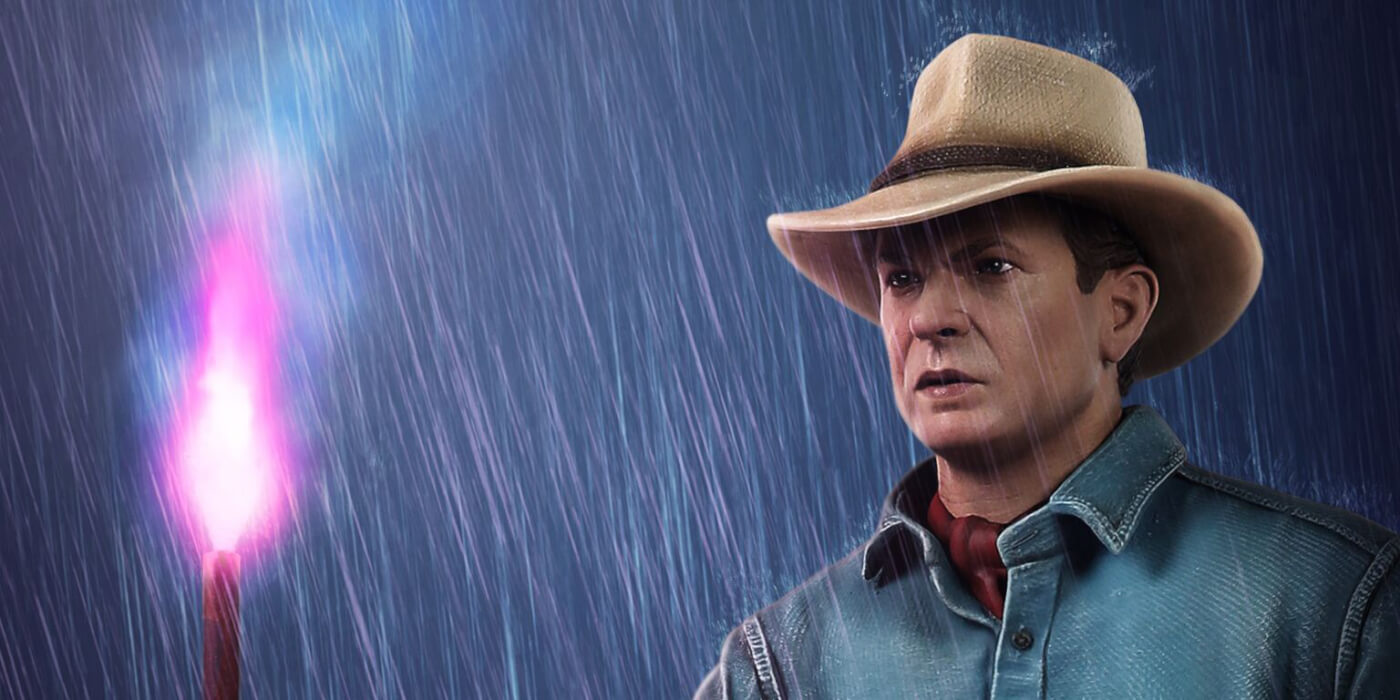 Ever since acquiring the license for the Jurassic Park franchise, our friends at Chronicle Collectibles have been surprising fans with scale model replicas of our favourite dinosaurs from the movies, along with a handful of more unique pieces.

A while back they teased a 1/4 scale statue of Dr. Grant himself, and while news has been slow, the company are excited to announce their very first statue of a human character from Jurassic Park!

Modeled from the T. rex breakout scene, the statue features Dr. Grant staring down the escaped T. rex as it attacks Lex and Tim.

And yes, the flare really lights up! Creative director and co-founder of Chronicle Collectibles Paul Francis shared his enthusiasm for the piece:

As with every Chronicle piece this will be run for a limited time. It’s roughly 22.5″ tall and the base is 13″ in diameter. And what a beautiful base that is!

Dr. Alan Grant can be pre-ordered now on their website for $599.99, although there are also a number of payment plans available!

Will you be picking up Dr. Grant? What other items from Chronicle are you a fan of? Let’s get the discussion going below!