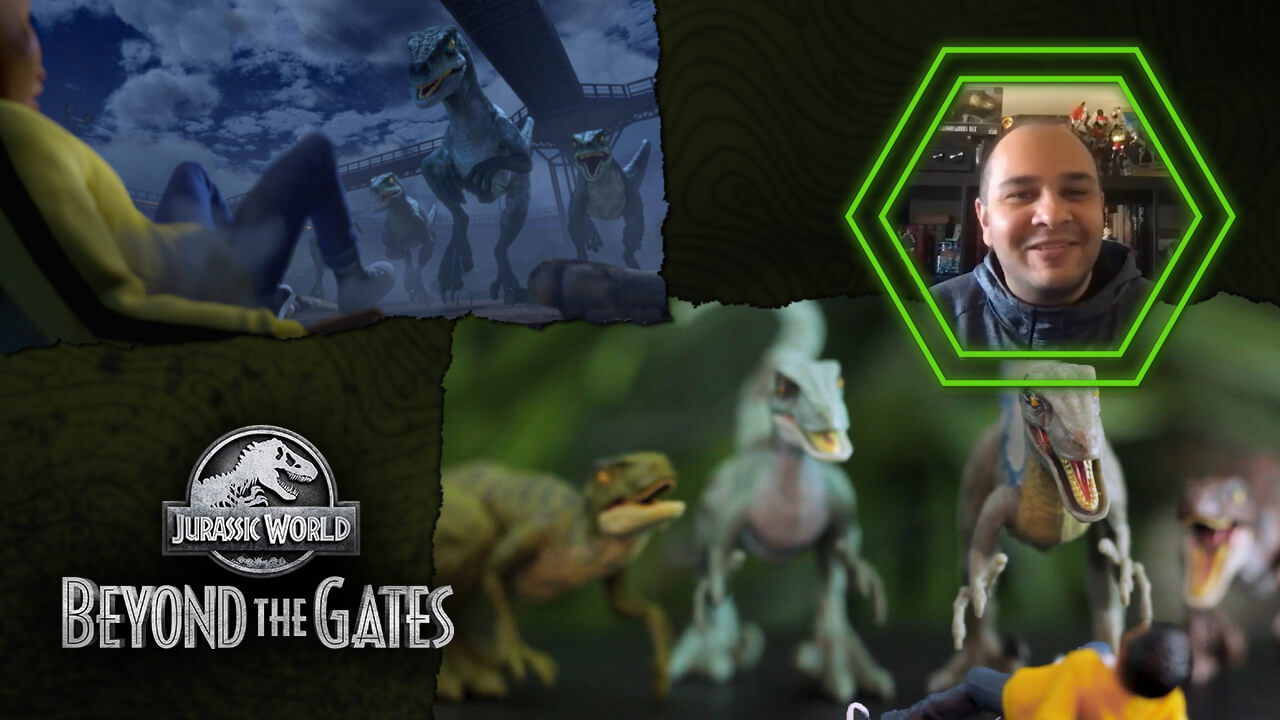 Along with speaking to Mattel toy designer Rafael Bencosme, we also spoke with NBCUniversal’s Design Manager Erick Solorzano. The two dig into the details of the set and we go hands-on with the Raptor Squad.

We’re thrilled to be able to debut more exciting Jurassic items in Beyond The Gates and the next episode will focus on a long-awaited Jurassic Park set, exclusive to the Legacy Collection! Stay tuned for more! 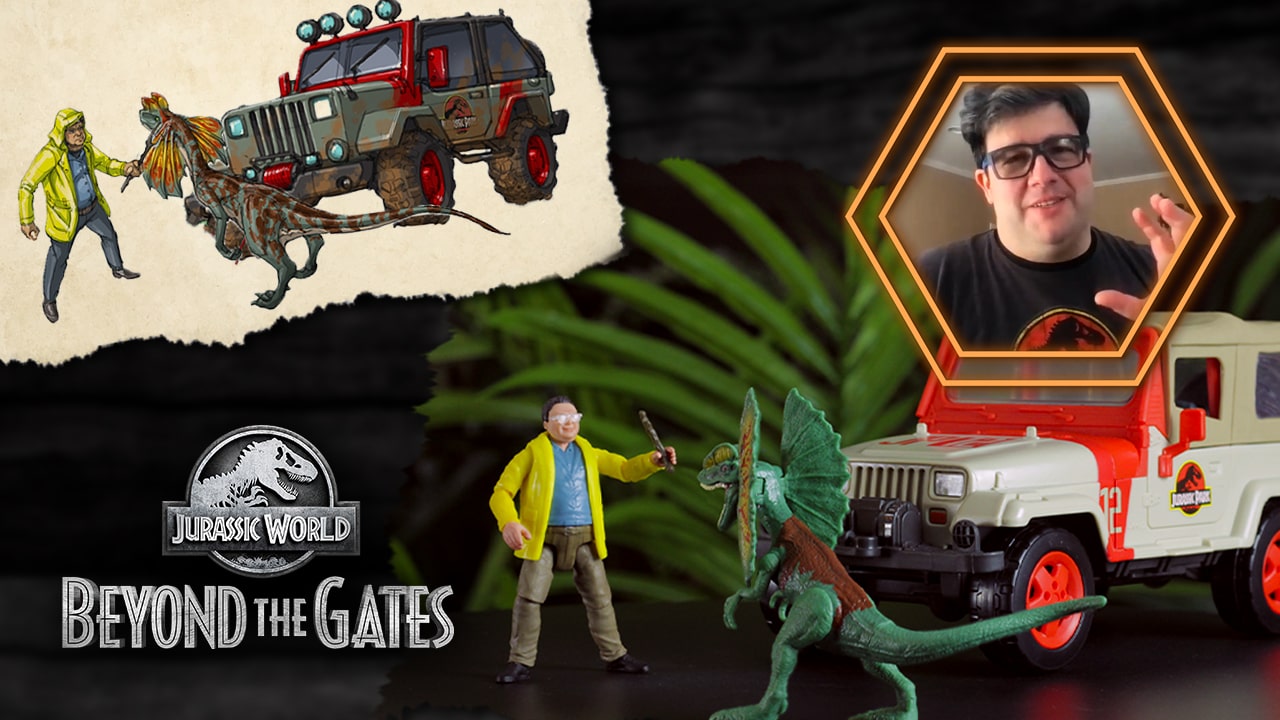 Along with speaking to Mattel toy designer Rafael Bencosme, we got to go hands-on with the bundle and see up close the detail put into Dennis Nedry, the Staff Jeep, and the Dilophosaurus.

Relive the exciting big-screen action with this Jurassic World Legacy Collection Nedry Getaway Pack! Play out the famous scene from the original Jurassic Park film when Dennis Nedry encounters the spitting Dilophosaurus and attempts to flee in his vehicle. Set includes the fan favourite figure of villain Dennis Nedry, the spitting Dilophosaurus and the Jurassic Park vehicle with park logo and rolling wheels.

Take home the excitement of the Jurassic Park film with this collectible Nedry Getaway Pack! Makes a great gift for fans of the Jurassic World franchise, dinosaurs and action play!

We’re thrilled to be able to debut more exciting Jurassic items in Beyond The Gates and the next episode will focus on an exclusive item from the Camp Cretaceous collection. Stay tuned for more! 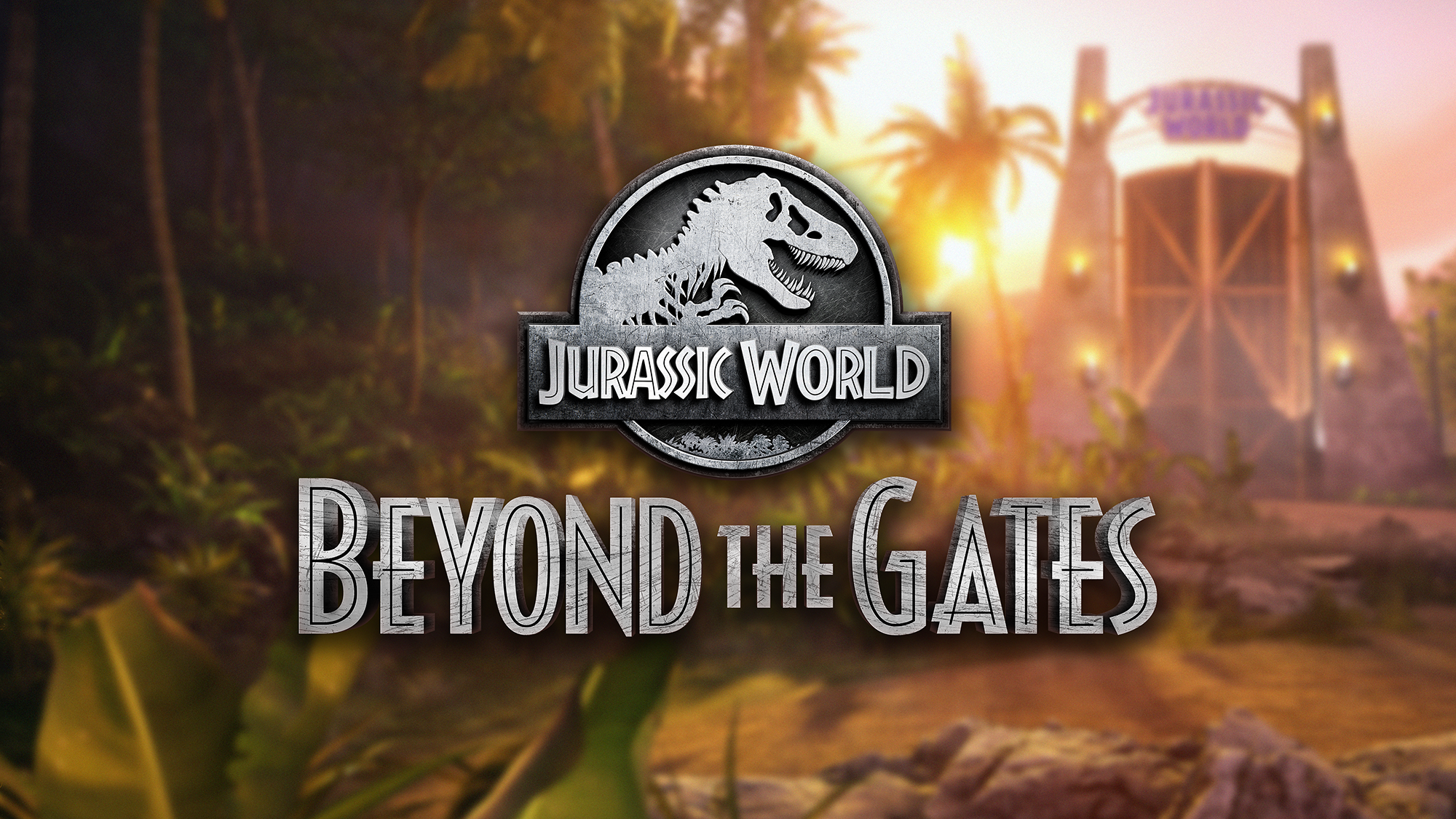 Something is coming, and we couldn’t be more thrilled to share it with you! Jack De La Mare and I have been hard at work on an exciting partnership with Jurassic World and Target to bring you Beyond the Gates – a new collectors focused web-series where we will be revealing all new Jurassic products, while digging into the DNA that brought the items to life.

Not too long ago Universal began discussions about this unique collaboration, and we hit the ground running to help design a show format that we hope excites you as much as it does us, from the fans for the fans. Our friends at Universal, Mattel, and Target shared our excitement and helped support us every step along the way as we began to play in this expansive Jurassic toybox, creating this little show.

The Gates are Open! We’ve partnered with @JurassicOutpost for Beyond the Gates, where we'll unveil upcoming #JurassicWorld toys launching at Target. Get hyped because the first one is available NOW and check back every 3rd Wednesday of the month for more! https://t.co/8r6GyBAS2y pic.twitter.com/qpie0WbMv5

We were given the keys, and a chance to not only to take the Jeep and drive – but to custom design it from the ground up. We worked with a handful of talented artists – including  Lukas Vagt, Matt Henderson and Caleb Burnett – to support hatching the series, and evolve Beyond The Gates from concept to reality. This collaborative process has been a dream, and every party involved has been crucial in bringing this vision to life.

Today (February 17th) the first episode of Beyond the Gates made its debut exclusively on Target.com, with subsequent episodes to follow the third week of every month. Every episode feature your first look at all-new, upcoming Jurassic World reveals – and upon their reveal, they will become available for pre-order directly at Target.com.

Universal and ourselves not only want to use Beyond the Gates to share exclusive official content, but also to better inform the fans and collectors what is coming, when it will be available, while giving them a reliable way to secure those items for their collection before those opportunities go extinct. On top of that, we wanted to use this opportunity to let you hear directly from the masterminds who helped design the toys while taking a look at the development and evolution of the items via concept art,  prototypes, and more!

The first episode of Beyond the Gates is here, and features a look at two long anticipated Amber Collection dinosaurs from the original Jurassic  Park trilogy, accompanied by the expertise of Mattel’s own Chandra Hicks.

If you’ve seen episode 1, and are looking for our ‘After Show‘ — stay tuned! We’ve hit the ground running on this project, and that one is coming in hot. As for what to expect, we’ll take a longer look at the Amber Collection reveals, hear more from Mattel’s Chandra Hicks, while showing off more concept art and early looks at the development of these toys!

We wanted to thank Universal Pictures for being so accommodating and entrusting us to help create this fan-focused show. We have so much more to come, and can’t wait  to show you more of what waits BEYOND THE GATES.