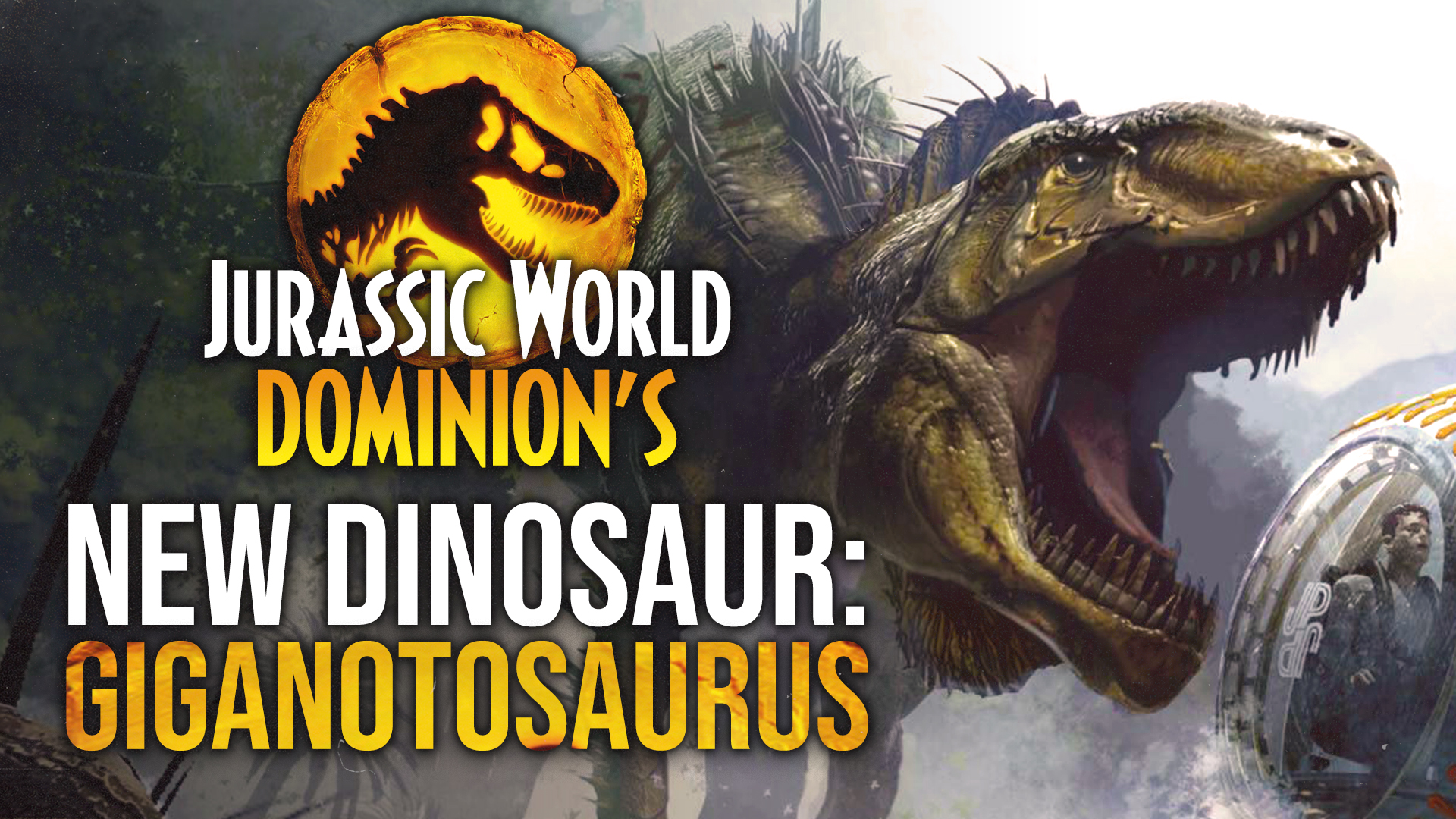 Jurassic World: Dominion won’t hit theaters until June 2022, but we just got a large and very exciting update. While on the press tour for his upcoming movie ‘Rams’, Sam Neill (aka Dr. Alan Grant, the dinosaur man himself) revealed a giant surprise: the new big bad dinosaur of the third Jurassic World film will be none other than Giganotosaurus.

In the interview, Neill says,

“I’ve just had the last five months working with dinosaurs, and it was really fun to do. We have a dinosaur called a Giganotosaurus … Apparently that’s the biggest dinosaur that’s ever been discovered. And, you know, it could eat you in a second if the guys on the controls didn’t like you.”

So, not only is a massive new dinosaur making its entrance into the Jurassic franchise, a full-size animatronic will make its presence even more terrifying in the film. As Neill said, the Giganotosaurus could swallow him whole if the team of puppeteers were feeling particularly murderous.

While Giganotosaurus has not yet appeared in a Jurassic Park or Jurassic World film, it is not without its heritage within the franchise. Most notably, early Indominus Rex designs, then known as the Malusaurus, looked strikingly similar to the towering titan.

Giganotosaurus was a Carcharodontosaur, one of the largest theropods to ever walk the earth. It lived roughly 98 million years ago, during the late Cretaceous period, and roamed what is now Argentina. Most modern estimates have it as large as a Tyrannosaur, though many posit that it grew even larger. Giganotosaurus didn’t live in the same time period or geographical area as T. rex, but we wouldn’t be surprised if this giant dinosaur crosses paths with a T. rex or another species now that it’s joining the roster of de-extinct creatures in the Jurassic franchise.

As for who cloned this dinosaur, we’re not sure, as it’s never appeared on InGen’s lists. However, its DNA contributing to the Indominus Rex suggests they at least had incomplete genomes of the animal. That being said, we firmly believe this animal is not from InGen’s lab, and is likely BioSyn’s crowned gem.

Check out our video below for a full breakdown of Sam Neill’s interview, the species reveal, the animatronic, and more.

It might be a long wait until 2022, but we cannot wait to learn more about the third Jurassic World film and the Giganotosaurus. Does this species reveal increase your excitement for ‘Jurassic World: Dominion’?

Let us know in the comments below, and check out our YouTube channel for more Jurassic content, including everything we know about Jurassic World: Dominion so far!

After 18 months of filming amidst stringent Covid-19 safety protocols and countless delays, Jurassic World Dominion has officially wrapped. Director Colin Trevorrow took to social media today announcing the news and praising the hard work his cast and crew contributed to the project.

While speaking with reporters with Deadline, Trevorrow said “there are a lot of emotions” involved with wrapping this movie. He says he is grateful to everyone who worked on the film and felt they all “made a family.” “I’m not sure I can put it into words,” continues Trevorrow. “It has been remarkable. Our crew and our cast has been so resilient. All producers have worked around the clock to make it the best it can be. It has been inspiring.”

Wrap on Jurassic World Dominion. All my gratitude to our extraordinary crew and cast. We made a family. pic.twitter.com/svD3yURmHw

Dominion was famously the first major studio film to go back into production despite the ongoing pandemic. In an effort to promote safety and keep workers healthy, Universal spent roughly 7 million dollars on increased safety protocols alone.

These precautions included: 1,800 Covid-related signs across production studios, 150 hand sanitizer stations, and a commissioned private medical facility overseeing the entire project. Over 40,000 Covid-19 tests were administered with only .25% returning positive over the course of the shoot.

In a bit of rumor news, the Deadline article also reports that newcomer DeWanda Wise “could have a big role in future instalments.” What those installments look like is anyone’s guess at this point, but it leaves us hopeful for the future of Jurassic storytelling. Keep an eye on Jurassic Outpost for more news on that in the future!

The film is set to release June 10, 2022. Trevorrow has also been notably gracious to fans around Thanksgiving in previous years, so be on the lookout for a drop of potential footage around then.

Where would you like to see Jurassic go in the future? Are you excited about all the news that has come out of principal production? Let us know in the comments below!

The people of Singapore will be getting a fun surprise this November as Universal brings a Jurassic World themed restaurant to ION Sky, a popular tourist destination in the capital city. Located 56 floors up in the ION Orchard shopping mall, the dino-centered pop-up will serve premium menu items amongst the backdrop of the Singapore city skyline.

The new diner will feature a variety of Jurassic themed menu offerings, including a Jurassic World Burger, Volcano Curry, and Nasi Lemak. Keep an eye out for some fancy dessert choices too, like Geologic Parfaits and Lava Cookies.

The restaurant also plans to offer more festive themed dishes as we approach the Christmas season. Limited edition merchandise will also be available for purchase, including LEGO sets, keychains, and Snap Squad figures.

The pop-up is a collaboration between Universal Brand Development, 1-Group, ION Orchard, and PARCO – a licensee of the Jurassic World Café. The café opens its doors on November 6, 2020 and will serve hungry customers until January 3, 2021.

It will be open daily from 11am to 10pm, and reservations are highly encouraged. Anybody feeling like taking a trip to Singapore? Gives us your best Jurassic themed food ideas in the comments below!

And while your mouth is watering at the photos above, be sure to also check out Jurassic Park: Chronicle, an Italian short film based on the Jurassic Park saga!

This short is a prequel to the first movie and “blends adventure with mystery, telling the story of Garrison Eriksen, a journalist who’s heard rumors about suspicious activities occurring on an island off the coast of Costa Rica. He arrives at Isla Nublar to investigate and soon regrets it.”

The animated short film is available to watch above, and you can find more information at the official website and on the team’s Facebook page! Let us know in the comments section down below what you think of Jurassic Park: Chronicle!