After two straight weekends on top of the domestic Box Office, Jurassic World Dominion shifted down the chart into 3rd place with an estimated domestic weekend gross of $26.44 million, a 55% drop from last weekend. New release Elvis came in tied for first place with an estimated $30.5 million with Top Gun: Maverick who climbed back up the charts. The weekend actuals will be released tomorrow afternoon to show the true winner. The other new release this week, The Black Phone, also from Universal Pictures, debuted in 4th behind Dominion with an estimated $23.37 million.

Dominion officially crossed the $300 million mark domestically on Sunday and became the 9th film in Universal Pictures history to do so. The domestic total now stands at an estimated $302.77 million. Four of the six Jurassic films have reached this milestone with only The Lost World: Jurassic Park ($229.1 million) and Jurassic Park III ($181.2 million) coming in under.

Internationally the film grew it’s total to an estimated $443.9 million and total worldwide it is now up to $746.7 million. It is the 13th film for Universal Pictures to cross $700 million worldwide and the film is likely eyeing a final total north of $900 million. Unfortunately it is currently looking likely that it will be unable to join the billion dollar club. How the film holds next weekend domestically over the 4th of July holiday and how it fares when it opens in Japan on July 29th will give a much clearer picture on if there is any chance at $1 billion. Regardless if the film reaches that or not, it is still going to finish as one of the most successful films in studio history.

What are your thoughts on Jurassic World Dominion’s third weekend box office numbers? Please let us know your thoughts in the comments below.

Domestic Box Office Upset! Jurassic World Dominion was widley expected to drop to #2 during it’s second domestic weekend with the new release of Disney/Pixar’s Lightyear. Last weekend Dominion opened to $145.1 million, the third best opening in franchise history, and in it’s second weekend it dropped 59.6% with an estimated three day total of $58.66 million. Lightyear had been long expected to have a very big opening and push the dinosaurs down the chart but the film underperformed with an opening weekend of only $51 million, which was not enough to dethrone Dominion. The domestic total for Dominion currently stands at an estimated $249.79 million.

The second weekend for Dominion just came in under what Jurassic World: Fallen Kingdom did in 2018 ($60.9 million) but there are several factors that are leading to the lower box office numbers then one might have expected for what is being advertised as the conclusion of the series. Disney/Pixar release of Lightyear this weekend, along with Paramount’s Top Gun: Maverick continuing to surprise everyone as it made another estimated $44 million this weekend to come in third place plays a big part. Three big films currently in theaters at the same time eat into each other’s box office potential, add in that with about 39% of pre-Covid era moviegoers saying they are not yet ready to return to cinemas and a low Rotten Tomatoes score (currently 30%) have all played into how well Dominion has been doing.

Now that isn’t to say Dominion is not doing well at Box Office because it certainly is, it is just not doing the same overall numbers as Jurassic World and Jurassic World: Fallen Kingdom previously have done in the recent trilogy. The film officially crossed the $200 million mark on Friday and became the 27th film ever for Universal Pictures to do so and currently sits at #16 all-time in studio history domestically. By next weekend, Dominion will push into the top 10 and will have a chance to crack Universal’s all-time top 5 (would need to surpass $368.4 million) by the end of it’s domestic run. If it does accomplish that, four of the top 5 domestic Universal movies will be from the Jurassic franchise.

Internationally Dominion is up to an estimated total of $372.39 million for a worldwide total of $622.18 million. That is just above the $618.6 that The Lost World: Jurassic Park had made globally in 1997.

What are your thoughts on Jurassic World Dominion’s second weekend box office numbers? Please let us know your thoughts in the comments below. 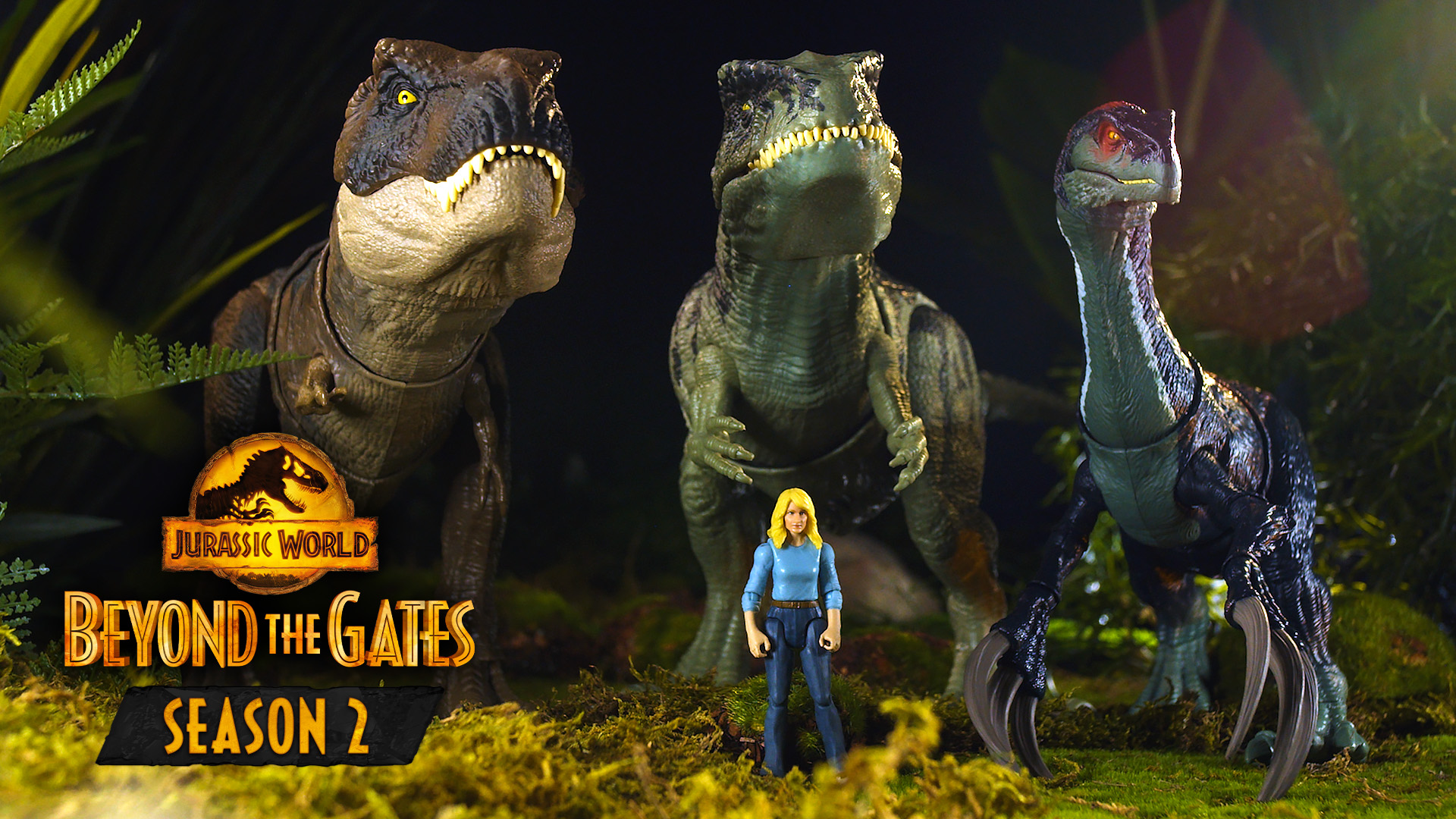 Jurassic World Dominion is here, and Mattel have flooded stores with many toys from the new Jurassic movie. Last month on the show we debuted a Legacy Collection favorite, but this month’s episode of Beyond The Gates mixes things up as we unveil the ultimate Dominion set: the EPIC BATTLE PACK!

In this episode of the show we are joined with Mattel’s mastermind and head legend Rafael Bencosme, who discusses the three dinosaurs development and how the designers worked with the team at Industrial Light & Magic to bring these toys to life!

Lead visual effects supervisor from ILM David Vickery walks us through the intricate process of designing Jurassic World dinosaurs – you won’t want to miss this!

This episode is full of behind the scenes from Dominion!

Be sure to take a deeper look at the making of this wonderful set by checking out the episode now, and if you haven’t already, head to Target.com to pre-order this exclusive set! 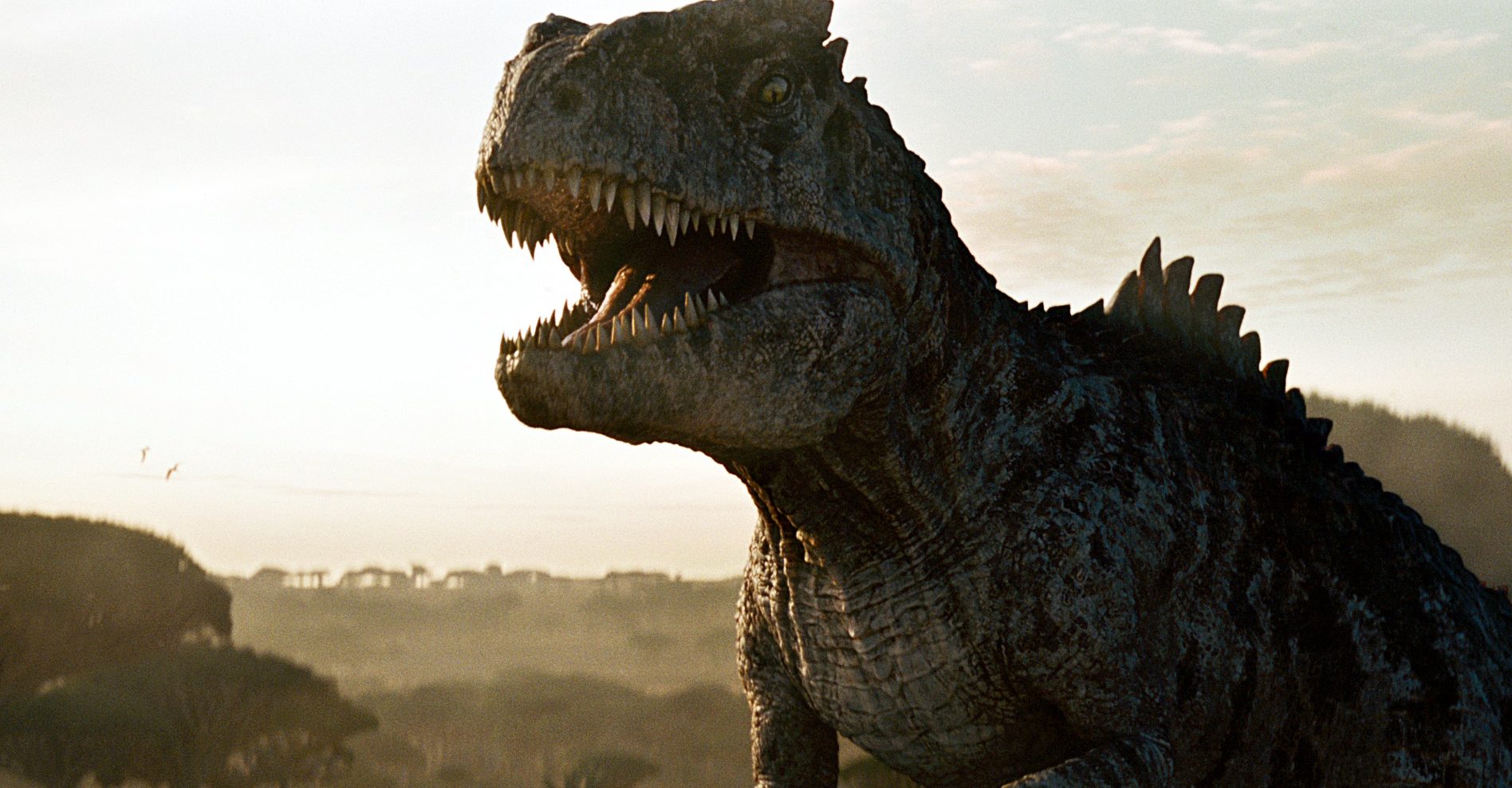 UPDATE: The actuals for Dominion came in a little higher for the domestic opening at $145,075,625.

The sixth film, Jurassic World Dominion, which is being marketed as the “Epic conclusion for the Jurassic era” roared to an estimated domestic opening of $143.37 million this weekend. While it was not record breaking such as Jurassic World was in 2015 ($208.8 million) it is still one of Universal’s biggest opening weekends ever.

Exclaimed Universal Domestic Distribution Boss this AM, “This incredible debut for Jurassic World Dominion is driven by not only the loyal fans of the original Jurassic trilogy beginning in 1993, but many new fans experiencing Jurassic for the first time as our casts united for an epic conclusion.  After a long journey from being the first Hollywood film to safely return to production during COVID, up through our global release dates, we’re thrilled for our filmmakers and talent who worked tirelessly on this movie, and for our great partners in exhibition benefitting from a tremendous start to their summer.”

What are your thoughts on the domestic opening box office numbers for Jurassic World Dominion? Please let us know your thoughts in the comments below.

Today is June 10th, the official domestic opening for Jurassic World Dominion! However, the film had Thursday afternoon/evening preview showings, and the sixth installment of the Jurassic franchise grossed an estimated $18 million! For comparisons, Jurassic World earned $18.5 million in 2015 and Jurassic World: Fallen Kingdom earned $15.3 million in 2018 for Thursday previews. Early tracking indicated the film was headed to a $165-205 million opening three day domestic opening, however tracking has since dropped and the expectation is now in the range of $125 million+. Please check back on Sunday for the official three day estimates.

Please Let us know your thoughts in the comments below. 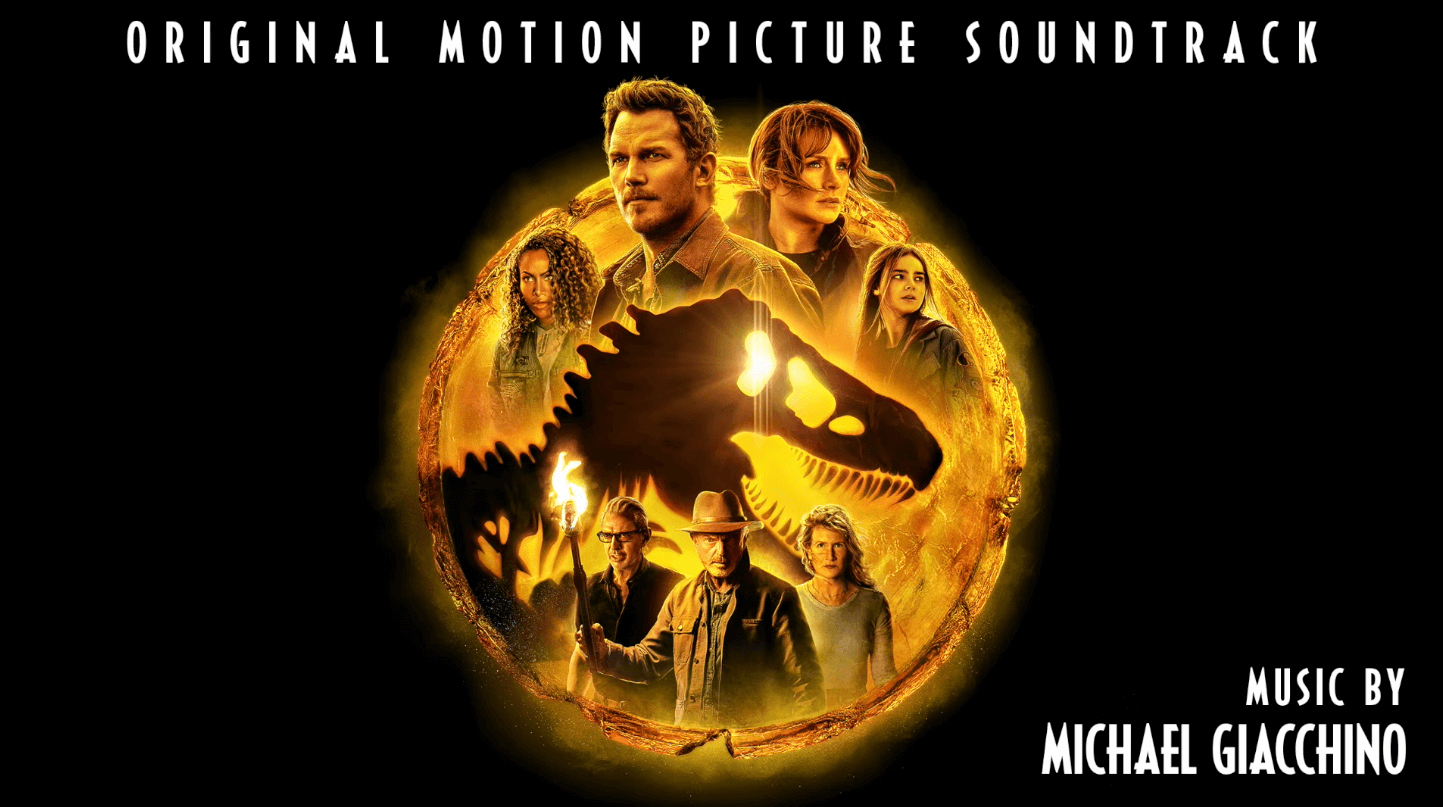 The soundtrack to Jurassic World Dominion is on its way starting with this 1st track!

The full score album will be available digitally, on CD, Vinyl via Mondo, and in Dolby Atmos June 10th. One brand new track, “Da Plane and Da Cycle”, was released early today – you can listen to it via Apple Music, Spotify, and via YouTube below!

Giacchino has returned with his signature bombastic Jurassic musical style and pun-filled track titles. The album boasts 32 tracks – plenty of music for the massive film that Jurassic World: Dominion is shaping up to be. We are enjoying the score so far and can’t wait to hear more when Dominion releases next week!

What do you think of this new track from Jurassic World: Dominion and the album details we’ve learned today? Let us know in the comments, and follow Jurassic Outpost for all the latest as we head towards June 10th!