Universal Studios Parks and Resorts announced today that they are developing a new park in Frisco, Texas.

The entertainment conglomerate has purchased nearly a hundred acres of land to establish a new park and resort destination for families with children that will include rides, character interactions, and a hotel.

While there is no official word on what specific brands and characters guests will be able to encounter at the new Universal destination, based on the official concept artwork released it seems like there is a heavy emphasis on Dreamworks properties. Among them also looks to be a whole area themed to Jurassic.

Many are already speculating, especially if the park focuses on Dreamworks properties, perhaps the Jurassic section will be heavily inspired or centered around the hit Netflix show Camp Cretaceous.

Tell us, what do you hope to see from Universal Parks and Resorts’ newest park? What would you like to see in the existing parks? Let us know in the comments!

While the Jurassic World films and expanded stories may be taking a break after the release of Jurassic World Dominion and the final season of Camp Cretaceous earlier this year, a new era of dinosaur media is roaring to life. Take a look at the Season 1 trailer for ‘ARK – the Animated Series’ below!

For those of you unfamiliar, ARK is a popular dinosaur survival video game which has continued to evolve over the years with new expansions. While the first game is light on story, the sequel planned for 2023 will expand upon that and likely tie into the animated series which seems to have surprisingly complex lore amongst exciting dino-riding action.

Are you interested in the ARK series, or do you simply wish the Jurassic franchise would expand its storytelling into the more dynamic video game spaces, alongside an animated series that skews for older audiences who prefer the films over Camp Cretaceous? Be sure to let us know! 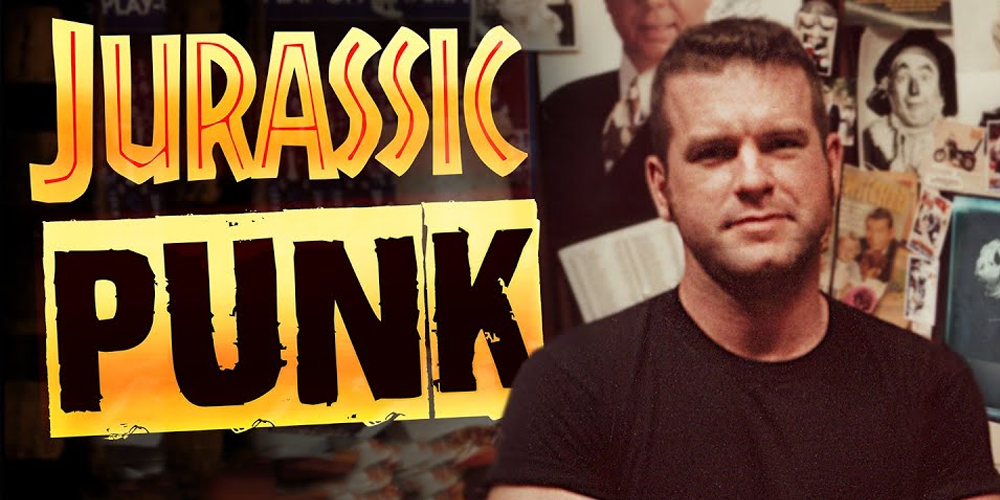 Focusing on one of ILM’s computer animation pioneers, a new documentary titled Jurassic Punk releases today! The doc tells the story of Steve “Spaz” Williams and his time at Industrial Light & Magic.

Fans of Jurassic Park will no doubt be very familiar with Steve’s work, and this new documentary directed by Scott Leberecht dives into the untold story of cinematic revolution.

During his time at ILM, Steve worked on a number of movies and created groundbreaking computer animated effects that completely changed the industry, and that still hold up today. His digital dinosaurs, the story surrounding them, and the inevitable aftermath, is explored in the doc.

If it wasn’t for Steve, Jurassic Park wouldn’t be the same.

“Directed by Scott Leberecht, “Jurassic Punk” tells the very juicy story of pioneers, naysayers and professional hierarchies that made Williams both the Necessary Man and an eventual outcast.”

Jurassic Punk will be holding a screening today at the Gateway Film Center in Columbus, Ohio, with more opportunities for screenings in the near future.

Support the film: it is available to stream on iTunes, Amazon, Google Play, Microsoft Xbox, Vimeo, Vudu, and YouTube.

When is the last time there was a dinosaur movie in theaters that took itself seriously? Check out the trailer for Scott Beck and Bryan Woods’ ’65’ below:

From the writers of A Quiet Place comes a movie starring Adam Driver, Ariana Greenblatt and Chloe Coleman, with Danny Elfman composing the score.

“After a catastrophic crash on an unknown planet, pilot Mills quickly discovers he’s stranded on Earth… 65 million years ago. Now, with only one chance at rescue, Mills and the only other survivor, Koa, must make their way across an unknown terrain riddled with dangerous prehistoric creatures (including dinosaurs) in an epic fight to survive.”