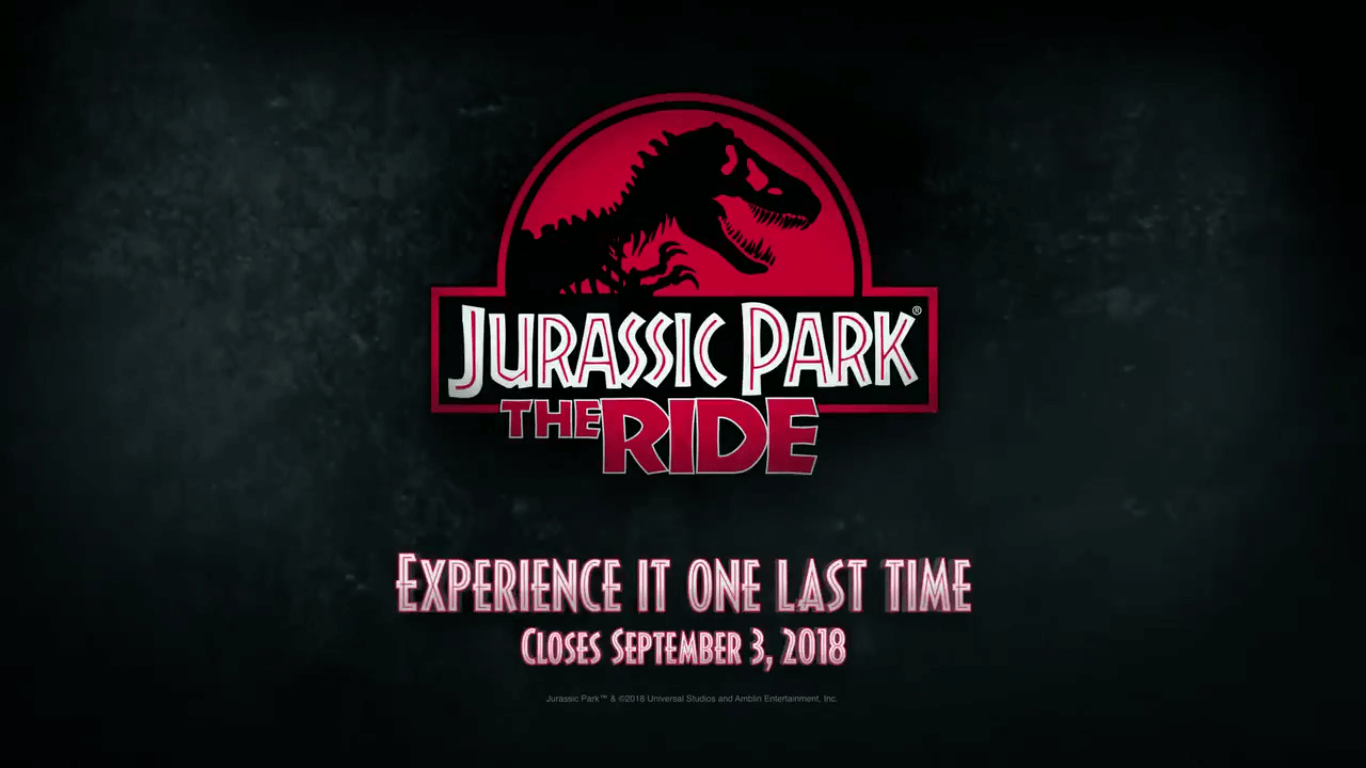 Universal Studios Hollywood announced the departure of the original ride on the Twitter on May 10th, with a short video saying that “extinction is coming”, but that, as we all know, “life finds a way”. The video, featuring promotional clips from Jurassic Park: The Ride and footage of a CGI tyrannosaurus rex, detailed not only the closing of the original ride, but the opening of a brand new Jurassic World section of the park.

Jurassic World is coming to the Park in 2019! Experience Jurassic Park: The Ride before it goes extinct! pic.twitter.com/sYt5s1Jm86

The official press release reveals that many new Jurassic World dinosaurs will make their debut in the new ride:

In 2019, face Indominus rex when she makes her world premiere in the new, high-tech Jurassic World. Journey to where living dinosaurs roam the earth in the part expedition, part heart-pounding water ride based on the blockbuster film franchise.

On this river-raft adventure, get doused as a colossal Mosasaursus dives for its great white shark snack. But the real danger lies ahead when the brutal Indominus rex escapes its enclosure. Be prepared when a 50-foot Tyrannosaurs rex comes to your rescue… right before your final plunge down a treacherous 84-foot waterfall.

And plan to experience the original Jurassic Park®- The Ride one final time before it becomes extinct on Sept. 3, 2018!

The last day of operation for Jurassic Park: The Ride will be September 3rd, 2018, so local folks, ride it while you can! And stay tuned to Jurassic Outpost for more updates in the future.

What do you think about this new Jurassic World attraction? Are you excited for it? Are you sad to see the original Jurassic Park attraction go? Let us know in the comments below!