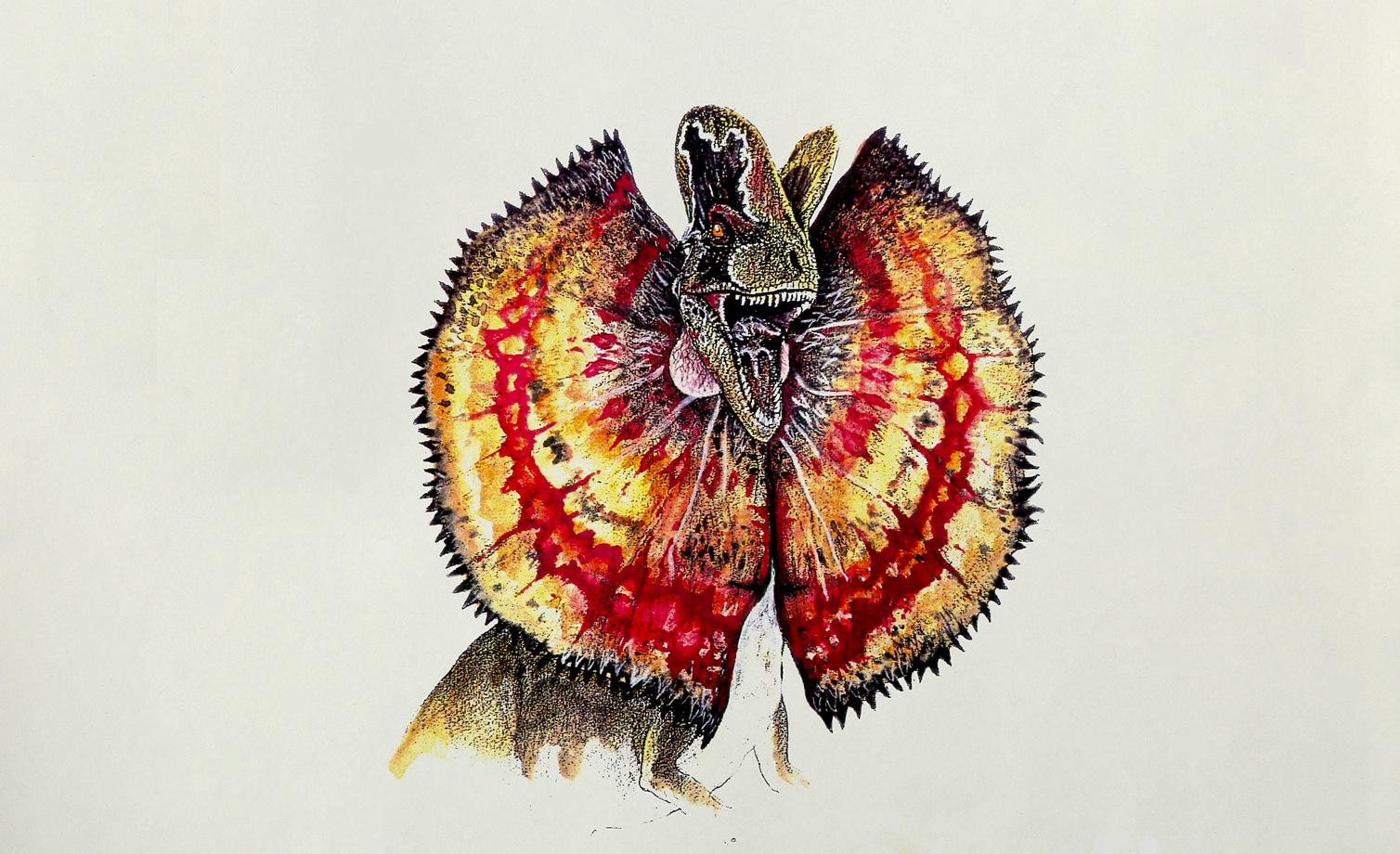 The Dilophosaurus is arguably one of the most interesting dinosaurs seen in Jurassic Park, and while it doesn’t hold up as well scientifically as some of the other dinosaurs, the colourful frill and poisonous venom make it one of the more terrifying and unique encounters in the movie.

While the dinosaur has only appeared once in the franchise, a revival of this species is something many are hoping for in Jurassic World: Dominion. Until we see it on screen once again, we can only look back at original concept art and it’s original appearance and that is exactly what Jurassic Time have done.

And they’ve discovered something new. Hidden beneath the mouth of the juvenile Dilophosaurus that Dennis Nedry encounters is a venom sac, that was intended to inflate before the dinosaur spits the venom.

The original creator and puppeteer recently spoke with Bernard from Jurassic Time, revealing more about this mechanism that unfortunately failed on set. They had intended to film a close-up of the Dilophosaurus that showed the expansion of the frill and the mouth opening, the venom sacs filling up, and then the venom actually leaving the mouth. Instead, the shot cut away to a close-up Nedry’s face as the venom hit.

“When the Dilo spit, it worked but we tested in hot, dry air in our Van Nuys studio. Compressed air cools down rapidly as it expands during the ‘spit’. This cooling created a visible cloud of gas and gave away the gag in the cold/humid stage at Universal. They cut the film around it. But the mouth would open wide, the venom sac would sell up in its throat and the tongue would lift up like a serpent revealing the spit openings.“

He also detailed the mechanism behind the dinosaur’s tongue which originally would be seen moving.

“The tongue was a two stage tentacle mechanism and the base was on an ‘up/down’ pulley, too.  The tentacles would allow the two sections of the tongue to move up and down and left and right independently of each other making it very serpent-like.  Then, the base would rotate the tongue up to the top of the mouth to reveal the venom pits beneath.”

The full interview with Rick dives into the Dilophosaurs’ design and concepts through the production of Jurassic Park, which you can read here. Bernard has also put together a video that tells this story and showcases some of the concept art showing the venom sacks:

It’s a really interesting feature that never fully made it to the screen. The venom sacs can be hard to spot but are seen briefly on the Dilophosaurus when inside the car. The sacs can be seen on most of the concept art and storyboards too!

What do you make of this discovery, and had you noticed the venom sacs yourself? Are you hoping the Dilophosaurus returns in Jurassic World: Dominion? Let us know in the comments section down below, and a huge thanks to Jurassic Time for sharing this discovery with us! 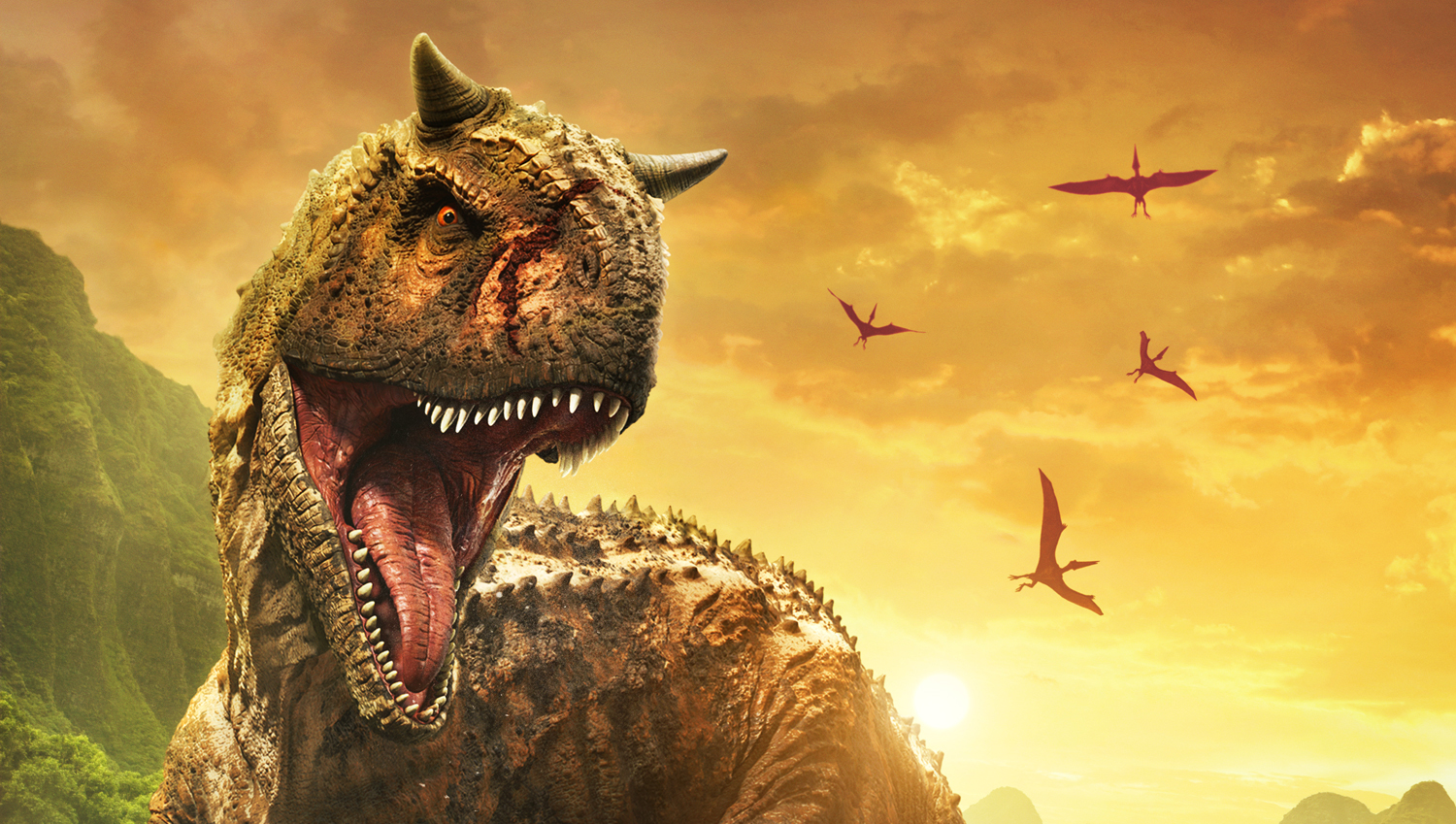 Last month the teaser trailer was released for the upcoming animated Netflix series Jurassic World: Camp Cretaceous, finally giving us a taste of the show and revealing more about the characters and dinosaurs that we will see.

Today, Netflix dropped the full trailer for season one of Camp Cretaceous that shows us even more of the action-packed show, with the tagline: Discover what happened… on the other side of the island! Check it out below:

Along with this trailer, the official interactive website for the show opened at CampCretaceous.com, which allows you to explore the various locations that we will see in the show such as the tree top cabins, the zip line adventure, and the genetics lab.

Head on over to the Camp Cretaceous interactive website which also includes a fun side scrolling game named ‘Escape the Enclosure’.

The full synopsis for the show is below:

Set against the timeline of the blockbuster film Jurassic World, Jurassic World: Camp Cretaceous follows a group of six teenagers trapped at a new adventure camp on the opposite side of Isla Nublar. When the events of the film unfold and dinosaurs are unleashed across the island, each kid realizes their very survival rests on the shoulders of themselves and their fellow campers. Unable to reach the outside world, our six teens will go from strangers to friends to family as they band together to survive the dinosaurs and uncover hidden secrets so deep they threaten the world itself.

What did you catch in the new trailer? We have compiled a few screenshots below!

Did you enjoy this trailer? As always let us know your thoughts in the comments section below, and if you want to learn more about the show then check out our video down below:

Jurassic World: Camp Cretaceous launches September 18 on Netflix, and we will have more coverage over the next few weeks leading up to the release! Stay tuned.