So, this is strange. The other day when the Jurassic World YouTube updated with content (some new, some old) it also was updated with ‘unavailable’ videos. While these videos don’t show up on the channels page, they do show up in subscribers feeds. They have titles, descriptions, thumbnails, and lengths.. but are currently unable to be viewed. We’ve compiled a list below:

That’s about 1 hour and 30 minutes of content if you don’t count the 28th video, or 1 hour and 47 minutes with it. Extracting the YouTube thumbnails confirms that the majority of the videos are loaded with new content, not previously available on the Blu Ray or online.

It seems strange to unload all this new content online, without any fanfare or promotion. Possibly some of the uploads were accidental, and a new Blu Ray set is inbound. This would make further sense as the new Lego short film ‘The Indominus Escape’ (roaring in at 24 minutes) is hitting this October. Either way, new behind the scenes content is inbound, which is something fans have been asking for!

Stay tuned, we’ll reach out to Universal to see how and when these videos will be released. As always, sound off in the comments below, and let us know what you’d like to see in this content! 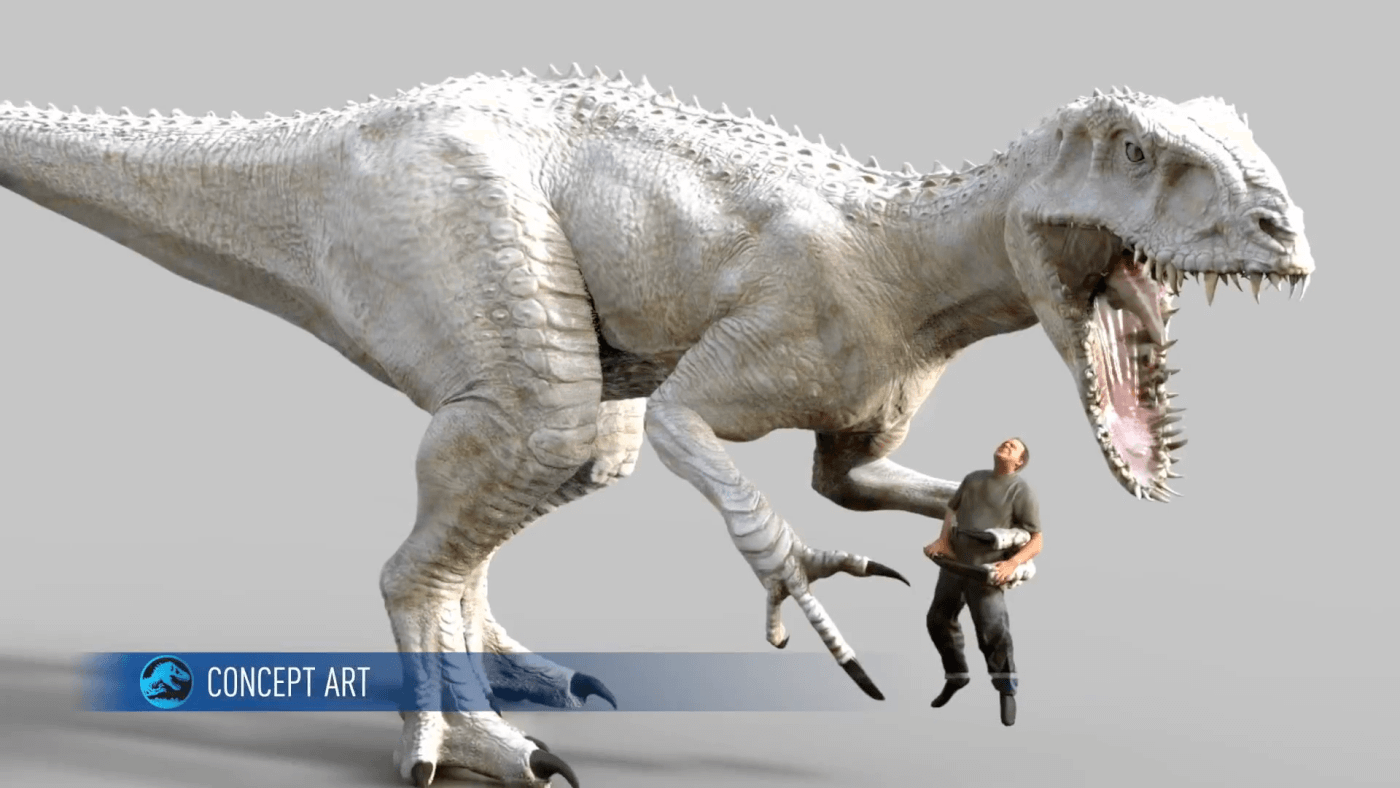 New concept art and renders have surfaced from Jurassic World as part of yesterdays YouTube update! While many of the videos were part of the Blu-ray set, quite a few were brand new and loaded with never before seen content. Coming in at over 5 minutes long, a new feature titled ‘Dinosaur Experts’ is loaded with fun new content, including some brand new art!

For longtime followers of our site, the early Indominus Rex render may seem a bit familiar in concept. That’s because it’s from when the dinosaur was called the ‘Malusaurus’, something we hinted at years ago and described as looking like a ‘beefed up Masiakasaurus‘. This version of the design is also the clear inspiration for the early Hasbro toy prototype: We’re always thrilled to see new behind the scenes footage and concept art, so hopefully more will surface in time. While it may seem a bit too late for a Jurassic World art book, perhaps a special edition that includes Jurassic Park art in celebration of its 25th anniversary could be released next year? The long road to Jurassic World and its evolution over time would make a fantastic visual journey. (Take a hint, Universal!)

Do you prefer the final design of the Indominus Rex, or do you prefer the early Diabolus/Malusaurus designs.. and what happened to those Aviary scenes from the guests perspective? Sound off in the comments below, and as always, stay tuned for the latest on everything Jurassic! 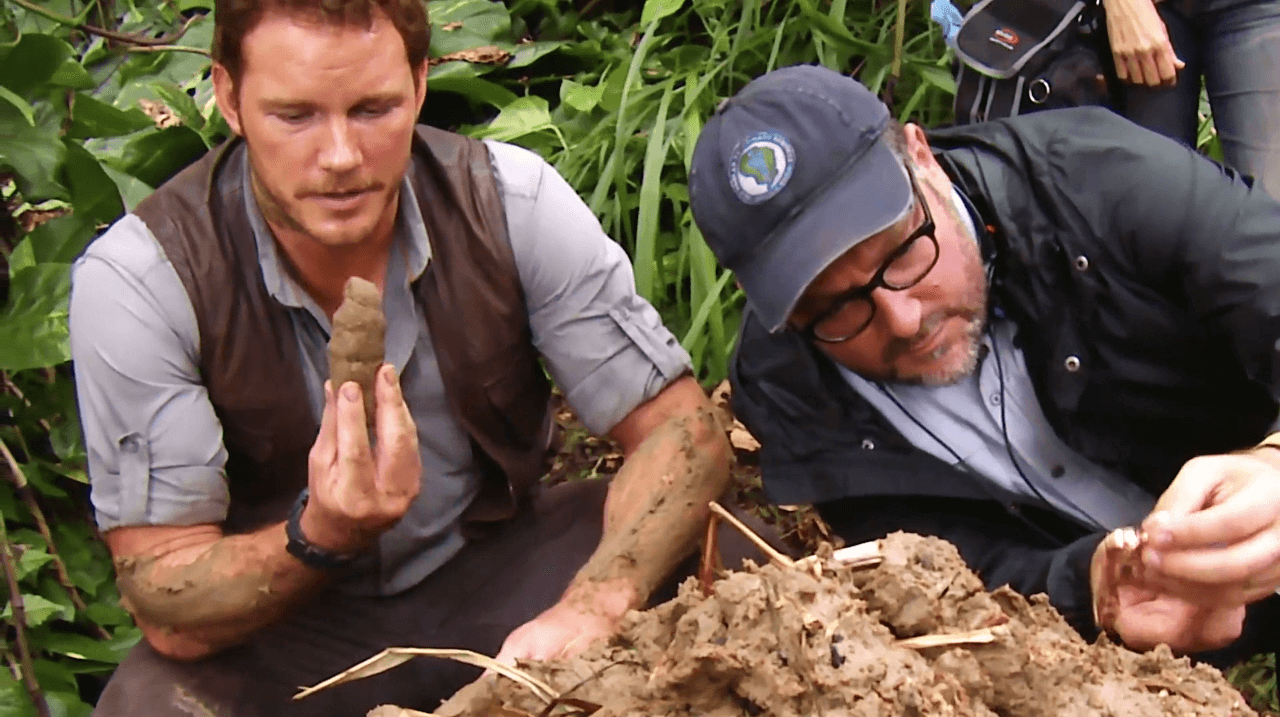 Jurassic Park fans are no stranger to dino-dung, and neither are its actors. Universal Pictures apparently do not want fans to forget this either, as they have uploaded a new featurette to YouTube that digs deeper than before. Watch it below!

He will remember to wash his hands, right? If dino-droppings aren’t really your thing, fret not. Numerous clips were uploaded to the channel as well, and while most are from the Blu-ray, others were locked behind retail exclusive bundles (and others are seemingly brand new).

Another highlight is the ‘Props and Easter Eggs’ feature, which was only available on the Target Blu-ray (yet was in SD), but has now been uploaded to their channel in HD. We’ve embedded it for your viewing pleasure!

Be sure to hit the channel for more, including how they microwaved the dead rats, or a 12 minute feature about the sound design of the film! It’s strange that we’re getting new clips from Jurassic World just now, almost a year after the DVD/Blu-ray was released.. but we’re not complaining! Perhaps a new ‘fan edition’ set is on the way?

As always, stay tuned for the latest on everything Jurassic, and sound off in the comments below!

Thanks to Jurassiraptor for the discovery