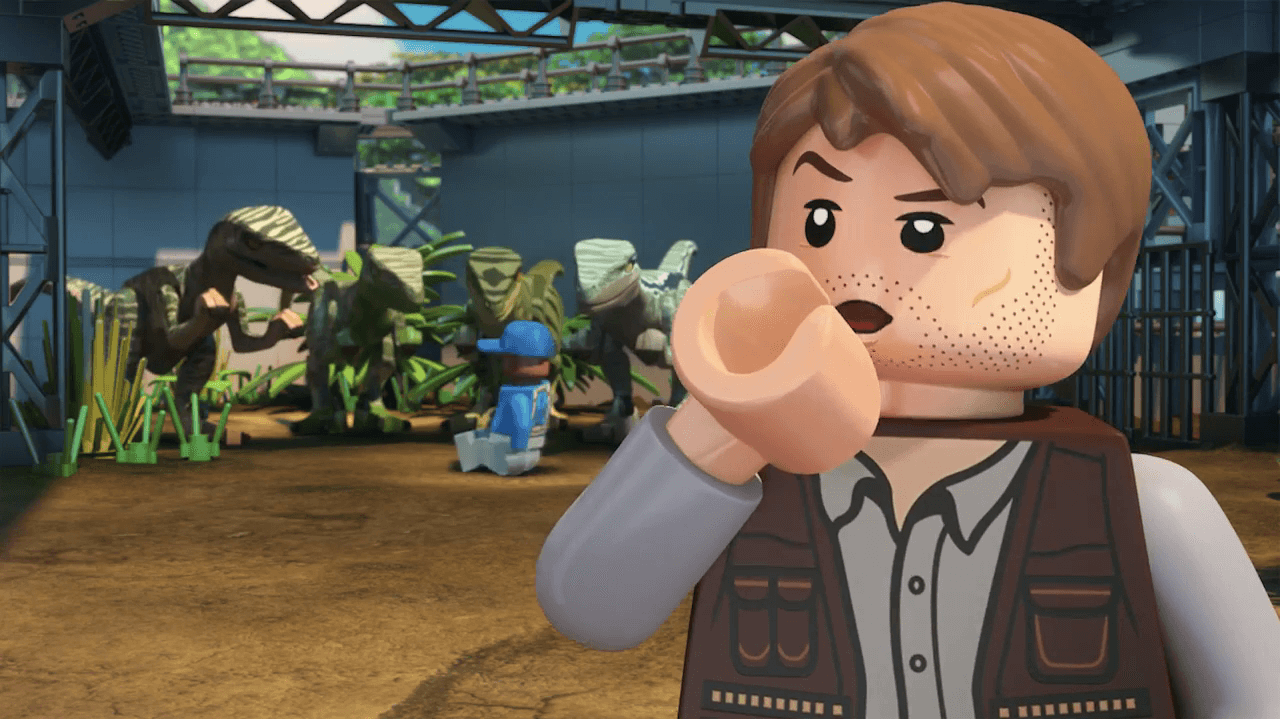 The first two episodes of the new animated short series, ‘LEGO Jurassic World: The Indominus Escape’ are here! 65 millions bricks in the making, relive the events of the fourth Jurassic Park film in a comedic alternate reality. The entire short film will be released on YouTube split into 5 episodes this week, totaling in 24 minutes of LEGO laughs.

“Playing with the characters, dinosaurs, and environments of Jurassic World in LEGO form through the playsets and video games is one of the most popular ways for fans to experience the franchise,” said David O’Connor, Executive Vice President, Global Brand Marketing & Partnerships, Universal Pictures.  “By creating new narratives and additional storytelling through this fun LEGO animated short, we’re able to showcase the lighter, more humorous side of the world’s most popular dinosaur brand.”

Update: You can now watch the entire 24 minute short film on NETFLIX now! Don’t have access to Netflix? Watch the episodes below, and read on to learn how to buy the film in stores!

Want to own the ‘The Indominus Escape’, and see it as a complete short film? You’re in luck! Starting October 18th, you can buy the short in DVD format bundled with Jurassic World – plus another exclusive 8 minute LEGO short is included!

Believe it or not, ‘LEGO Jurassic World: The Indominus Escape’ is the first time the Jurassic franchise has seen an official animated outing. While it’s not an expansion of the canonical fiction, it certainly is a fun idea and hopefully will be the tip of the iceberg for brand evolution. The LEGO Movie was absolutely brilliant, and I know I’d love to see some Jurassic characters make a cameo in the sequel.. however, I’d like to see an expansion of the canon via a comic series, TV series, novels, or cartoon even more!

What did you think of ‘The Indominus Escape’? Let us know in the comments below, and as always: stay tuned for the latest news on everything Jurassic!