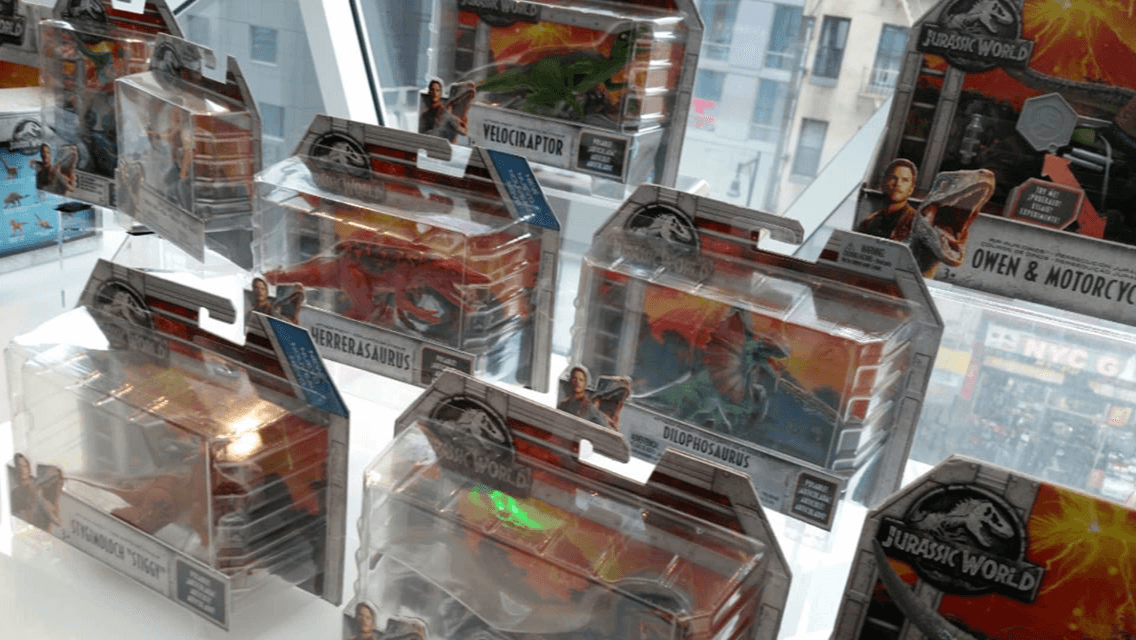 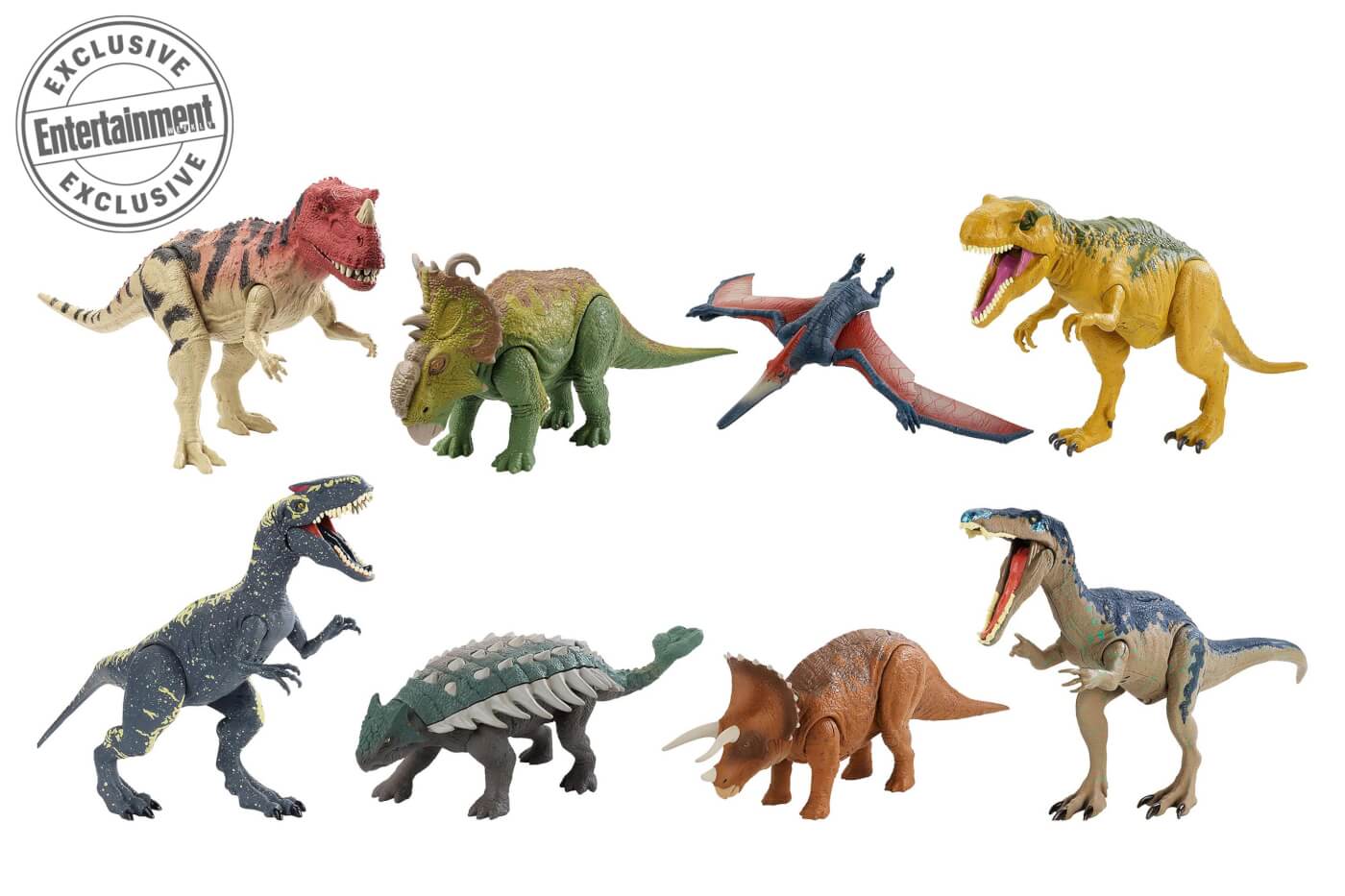 Entertainment Weekly has released an early, exclusive look at the toys that are set to be released by Mattel, inspired by Jurassic World: Fallen Kingdom.

Highlights of the toy line include a three-foot long, articulated Super Colossal T-Rex, an assortment of story pack playsets featuring scenes from the film, and several dino sculpts modeled authentically after the film’s dinos. The products range in design and target demographics, stretching from Hatch’n’Play dinosaurs for younger children (featuring models of a t-rex, triceratops, stygimoloch, and Baby Blue) to a t-rex anatomy kit for older ones.

Images of some of the new products can be seen below, and Mattel has certainly gone all out with their product range.

This announcement comes on the heels of Bryce Dallas Howard’s appearance on the Today Show on February 15th to preview Mattel’s Fallen Kingdom Barbie doll line that will also be released.

More details on Mattel’s toys and other Fallen Kingdom merchandise are set to come later, but what do you think about these new toys? Will you be purchasing any? Let us know in the comments below!

Several listings for Jurassic World: Fallen Kingdom products showed up in a recent PEZ sales brochure, including several listings of dinosaur-shaped PEZ dispensers featuring the likenesses of Tyrannosauruses and raptors, as well as the dilophosaurus and mosasaurus.

However, the stand out of these listings is that of the packaging’s key art, which features a profile image of Blue, along with the grittier Fallen Kingdom version of the Jurassic World logo and a background image of an erupting volcano.

This design seems to be the general format for other products – such as those being released by LEGO and Mattel – with Blue being the centerpiece for all of the packaging.

And, since that is the case, this marks the first time that a Tyrannosaurus or other large, headlining dino (like the spinosaurus from Jurassic Park III) has not been the focus of packaging art for the franchise. The art for Jurassic World (pictured below) featured a head-on image of the Tyrannosaurus, as well as the sleeker, blue and silver version of the JW logo.

What this means for the franchise and products yet to come, we have yet to find out, but a different turn is always exciting.

Let us know your thoughts on the packaging in the comments below and on our forums!