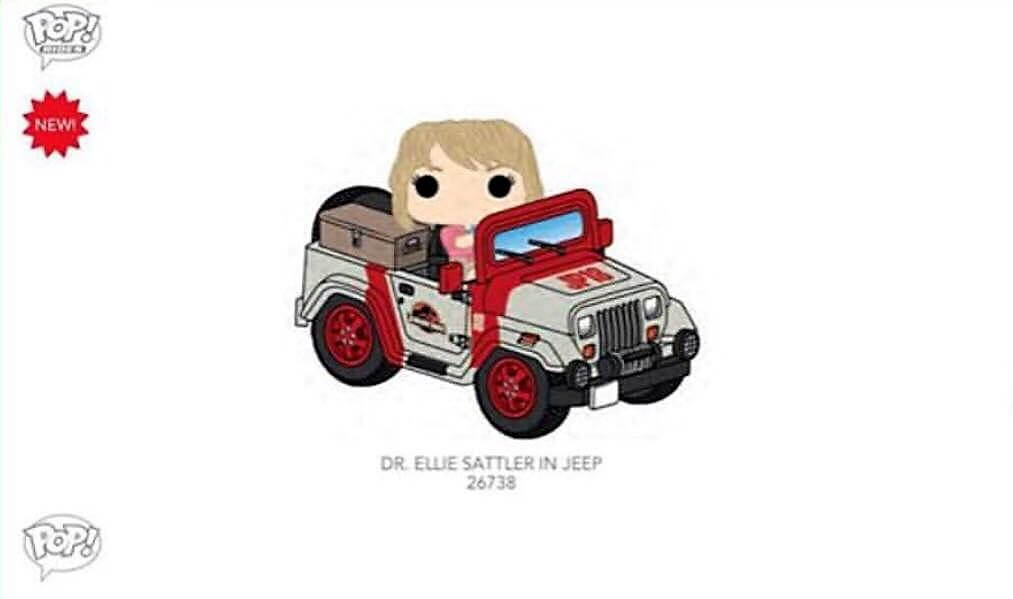 We’ve known for a couple months now that Funko was taking a trip to Isla Nublar, and returning with a lineup of Pops based on Jurassic Park just in time for its 25th anniversary. Somewhat recently, retailers listed the lineup on their websites without images – and now finally Funko has released concept art based on the anticipated collectors range!

We’ll bring it up straight away – yes there is a Ellie Sattler figure!

Apologies to Funko for assuming they omitted her. However, only including her as a bundled character does feel rather shortsighted, and not doing her character nor general female representation justice.

The Jurassic Park Pop line is sure to enthrall collectors of Funko and the the film alike, and we’ve got to say they look great! As the Dilophosaurus is listed as ‘with chase’, it’s speculated there will also be a rarer version without the frill to hunt down. Further, perhaps there will be an individual version of Ellie Sattler, not tied to the Jurassic Jeep, exclusive to another retailer.

I know I personally love these, and they will be the first line of Funko’s I collect. The only thing in the concept art that throws me off, is it seems the Velociraptor is missing its sickle claw – but that’s something the final item will surely feature.

Further, the Jeep pictured with Ellie should be Jeep 10 (open top) – not Jeep 12 (closed top, which Dennis drove).

While not yet announced, Funko will certainly have a range based upon Jurassic World: Fallen Kingdom in the near future as well – so this marks the start of a great collecting series. The Jurassic Park POP’s hitting to coincide with the 25th anniversary celebration are as follows:

The lineup releases March 15th, 2018 and for now, no images of the final toys are yet available – but stay tuned, it likely wont be long until they are formally unveiled. Be sure to sound off in the comments below, and let us know what you think of these and want to see next!

Thanks to popvinyls.com for first covering them, and Thomas Fishenden for sending them our way!

Several listings for Jurassic World: Fallen Kingdom products showed up in a recent PEZ sales brochure, including several listings of dinosaur-shaped PEZ dispensers featuring the likenesses of Tyrannosauruses and raptors, as well as the dilophosaurus and mosasaurus.

However, the stand out of these listings is that of the packaging’s key art, which features a profile image of Blue, along with the grittier Fallen Kingdom version of the Jurassic World logo and a background image of an erupting volcano.

This design seems to be the general format for other products – such as those being released by LEGO and Mattel – with Blue being the centerpiece for all of the packaging.

And, since that is the case, this marks the first time that a Tyrannosaurus or other large, headlining dino (like the spinosaurus from Jurassic Park III) has not been the focus of packaging art for the franchise. The art for Jurassic World (pictured below) featured a head-on image of the Tyrannosaurus, as well as the sleeker, blue and silver version of the JW logo.

What this means for the franchise and products yet to come, we have yet to find out, but a different turn is always exciting.

Let us know your thoughts on the packaging in the comments below and on our forums! 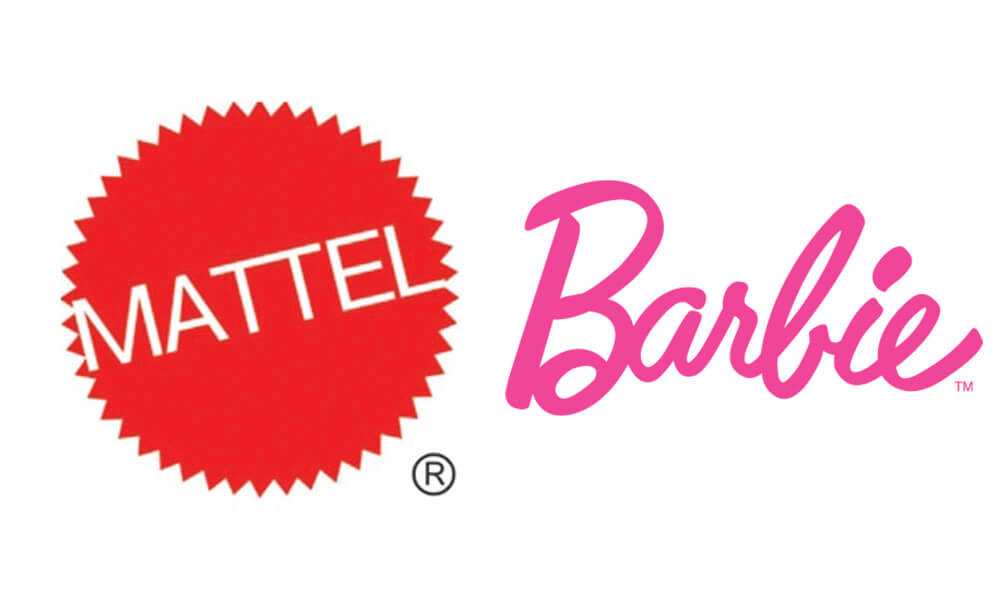 Exciting news everyone! We finally have our first look at the long awaited Jurassic World: Fallen Kingdom Owen and Claire Barbie dolls from Mattel, via the following image posted by [removed]. This image also indicates that these dolls will be available starting on April 15th.

Image removed at the request of NBC Universal

Cheryl’s Dolls & Collectibles also has some additional information available on their site about the Barbie dolls and the pre-order price is listed as $34.95.

Get ready for dino-mite action and adventure when all-new Jurassic Park 2 roars into theaters on June 22, 2018. The collectible dolls in this assortment are based on the two key characters, Claire (Bryce Dallas Howard) and Owen (Chris Pratt). Each doll is sculpted to the likeness of the actor and is fully articulated.

While these sculpts depicted here are likely placeholder, and not the finalized product, they give us a good idea of what to expect. This marks the first time the Jurassic franchise has been represented in Barbie form, and we’re excited to see more. Let us know your thoughts on this first look at the Owen and Claire Barbie dolls in the comment section below and on our forums! 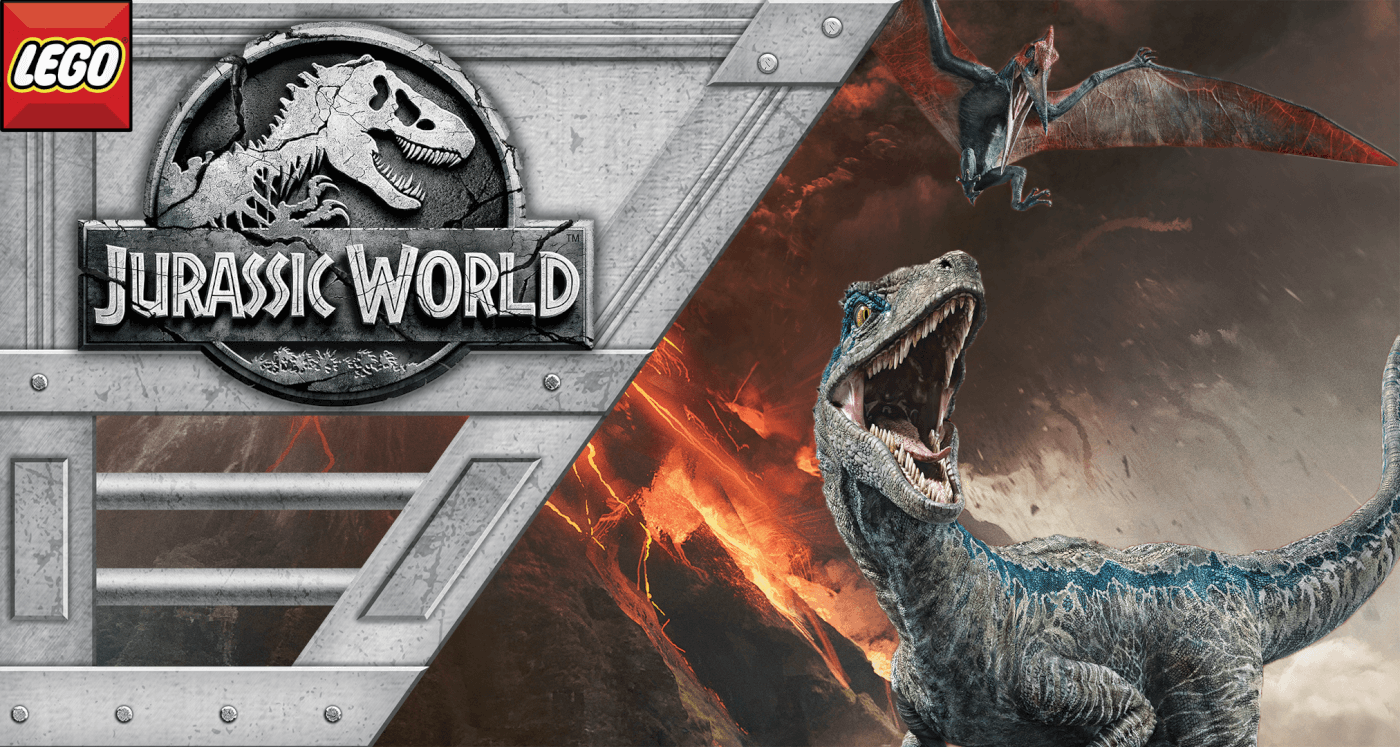 In 2015, LEGO released a range of sets for Jurassic World which quickly became fan favorites due to their variety and creativity. While the builds weren’t very accurate to the film itself, they were fun, and captured the Jurassic play factor and identity fairly well. Due to their roaring success, fans have been eagerly looking forward to how LEGO would step up the game with their Fallen Kingdom range – it was widely assumed the new range would be more involved, and accurate to what was on screen in the movie.

Thanks to LEGO fan site [Redacted] fans questions have been answered, and we have detailed descriptions of the sets! Check out their video below, and read on for our write-up based on their information and more(warning – potential spoilers):

*Removed at the request of NBC Universal*

LEGO toys are always fun, and these are no different, but after the success of Jurassic World, plus the solid sales of the merchandise, we were left hoping for more. LEGO usually does a great job with licensed properties (look no further than Star Wars or Harry Potter), so by comparison, these look particularly simplistic. It would be easier to be less judgmental if LEGO prices were not so steep, but considering their profit margin, it’s hard not to want a little more.

Perhaps there is yet another set yet to be discovered, exclusive to a specific retailer, which will help further flesh out the line with new content. With any luck, LEGO will continue to support the Jurassic brand after these sets, and not wait for the next film, offering more variety in time.

Again, thanks to [redacted] for first reporting on these LEGO sets. The sets are expected to release some time after April 16th, 2018. Sound off in the comments below to let us know what set you’re looking forward to the most, and stay tuned for all the latest news! 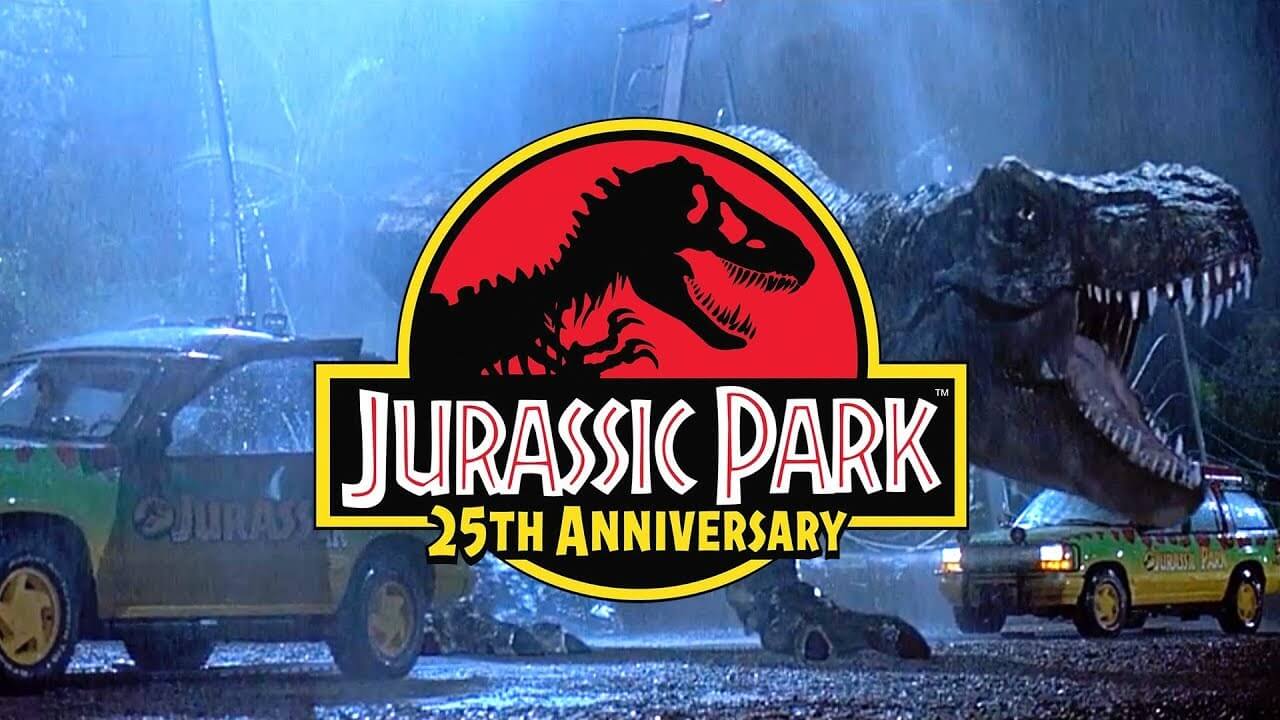 2018 marks a big year for Jurassic fans, with the release of Jurassic World Evolution, the first toy line from Mattel, a prequel novel based on Claire Dearing, Jurassic World: Fallen Kingdom, and of course, the 25th anniversary of the movie that started it all: Jurassic Park. While followers of this website may have known about this celebration for some time, it has only been officially announced by Universal Pictures today, in a new exciting video calling on YOU to relive and recreate your favorite scenes:

UNIVERSAL CITY, Calif., Jan. 5, 2018 /PRNewswire/ — To celebrate the 25th anniversary of Jurassic Park’s theatrical release and the upcoming release of Jurassic World: Fallen Kingdom, Universal Brand Development and creative network Tongal have launched a user-generated-content (UGC) contest for fans to relive and recreate their favorite moments from the epic Jurassic Park, it was announced today. After a curation of the best and most original fan-generated content submissions, the compilation videos will be posted to the Jurassic World YouTube, Facebook and Instagram channels, as well as JurassicWorld.com every #ThrowbackThursday from January through April.

The celebration kicks off by inviting fans worldwide to submit videos where they either “relive” or “recreate” their favorite moments from the Jurassic Park film. To help get people excited, a video was created using diehard fan-generated content that includes surprise guests – and super-fans themselves – Chris Pratt and Bryce Dallas Howard who star in the upcoming Jurassic World: Fallen Kingdom. Check out the video on Youtube and at www.JurassicWorld.com/JP25

“Twenty-five years ago, Jurassic Park captured the imaginations of global audiences and transported them to a world where dinosaurs roam the Earth,” said David O’Connor, executive vice president and head of franchise management and brand strategy, Universal Brand Development. “With this call to action, we’re bringing together fans of all ages to showcase their creativity and celebrate all things Jurassic.”

Those who choose to relive the wonder and thrills of Jurassic Park are asked to submit a video about their favorite scene from the film and the impact it had on them. Alternatively, fans who want to recreate their most memorable moments are challenged to use their imaginations and remake scenes from Jurassic Park using animation, illustration, toys, family members, costumes, pets, special effects and more! Participants can submit their videos starting today through January 22, 2018, at JurassicWorld.com/JP25.

25 years ago, one movie made history. Jurassic Park captured the imaginations of audiences around the world and transported them to a place where dinosaurs still roamed the earth. Now, we’re calling on fans everywhere to help recreate the wonder of Jurassic Park by recreating your favorite scenes from the film. Scroll down to learn more and submit.

TWENTY-FOUR (24) winners will be awarded $250 and a Jurassic Park shirt.

ONE (1) GRAND PRIZE WINNER will receive $1000, a Jurassic Park shirt, a new Jurassic World prize package, and a surprise item.

25 years ago, one movie made history. Jurassic Park captured the imaginations of audiences around the world and transported them to a place where dinosaurs still roamed the earth. Now, we’re calling on fans everywhere to help relive the wonder of Jurassic Park by sharing your favorite memories of the movie. Scroll down to learn more and submit.

TWENTY-FOUR (24) winners will be awarded $250 and a Jurassic Park shirt.

ONE (1) GRAND PRIZE WINNER will receive $1000, a Jurassic Park shirt, a new Jurassic World prize package, and a surprise item.

As any items appearing in the background of your video may be cause for disqualification, please:

Keep your video clear of visible third party toys and their logos, books, games, shoe logos, clothing and objects from franchises other than Jurassic Park.
Try to use a blank wall or empty outdoor area for the background of your video.
Do not include music in your submission.
We are only looking for stories and memories about Jurassic Park, NOT Jurassic World.

At Jurassic Outpost, we couldn’t be more excited to celebrate 25 years of Jurassic Park – in fact, you can spot myself and Jack in the very video above! The Jurassic Park 25th Anniversary project is open for submissions until January 22nd, and you can read more at www.jurassicworld.com/jp25 – so get to work, and sound off on social media with the hashtag #JurassicPark25!

The film that started it all, 65 million years in the making. On June 11th, 1993 Universal Pictures and Amblin Entertainment released ‘Jurassic Park’ – a new science fiction film by Steven Spielberg, based upon Michael Crichton’s best selling novel of the same name.

Jurassic Park is set on Isla Nublar, a fictional island off the coast of Costa Rica where billionaire John Hammond and a team of genetic scientists, have created a theme park that hosts cloned dinosaurs.

On a remote island, a wealthy entrepreneur secretly creates a theme park featuring living dinosaurs drawn from prehistoric DNA. Before opening the attraction to the public, he invites a top paleontologist, a paleobotanist, a mathematician/theorist, and his two eager grandchildren to experience the park — and help calm anxious investors. However, their park visit is anything but tranquil as the park’s security system breaks down, the prehistoric creatures break out, and the excitement builds to surprising results.