First announced last November and teased at the Jurassic Park 25th Anniversary Celebration event a couple of months ago, details of the game have been exclusively revealed to Nerdist, who spoke to Mondo Games Creative Director Luke Byers.

The Chaos Gene is a asymmetrical miniatures tabletop game where you take control of a faction in the park – be it InGen personnel, park visitors, dinosaurs – and do whatever it takes to leave in one piece. Luke Byers explains:

“In our approach to Jurassic Park: The Chaos Gene, we took many of our favorite elements of a traditional dungeon crawl style board game and spliced them with one of our favorite films of all time. The goal was to create something truly unique and incredibly fun to play.”

This 2-4 player game allows you to choose from one of the four factions, including InGen, park visitors, Velociraptors, or the Queen of the island, Lady Rex.

Each of the factions have their own unique objectives that affect the gameplay for example, InGen want to keep the park running to ensure their investment is safe, the park visitors’ goal is to survive, the Velociraptors have one goal: seek and destroy, and the T. rex is ‘hungry for victory’.

Set on Isla Nublar, the game will feature detailed miniatures of your favorite characters as seen above, with artwork by the talented Matthew Woodson.

If you’re as San Diego Comic Con next weekend then be sure to head to booth #435 for a first in-person glimpse at the game box. You will also be able to grab an exclusive patch featuring one of the game’s factions:

Will you be picking up a copy of Jurassic Park: The Chaos Gene? The tabletop game is set for a release this fall on both Mondo’s website and at local game stores!

Have you found any of the Jelly Belly products in store? Tell us which one you want to pick up in the comments section! 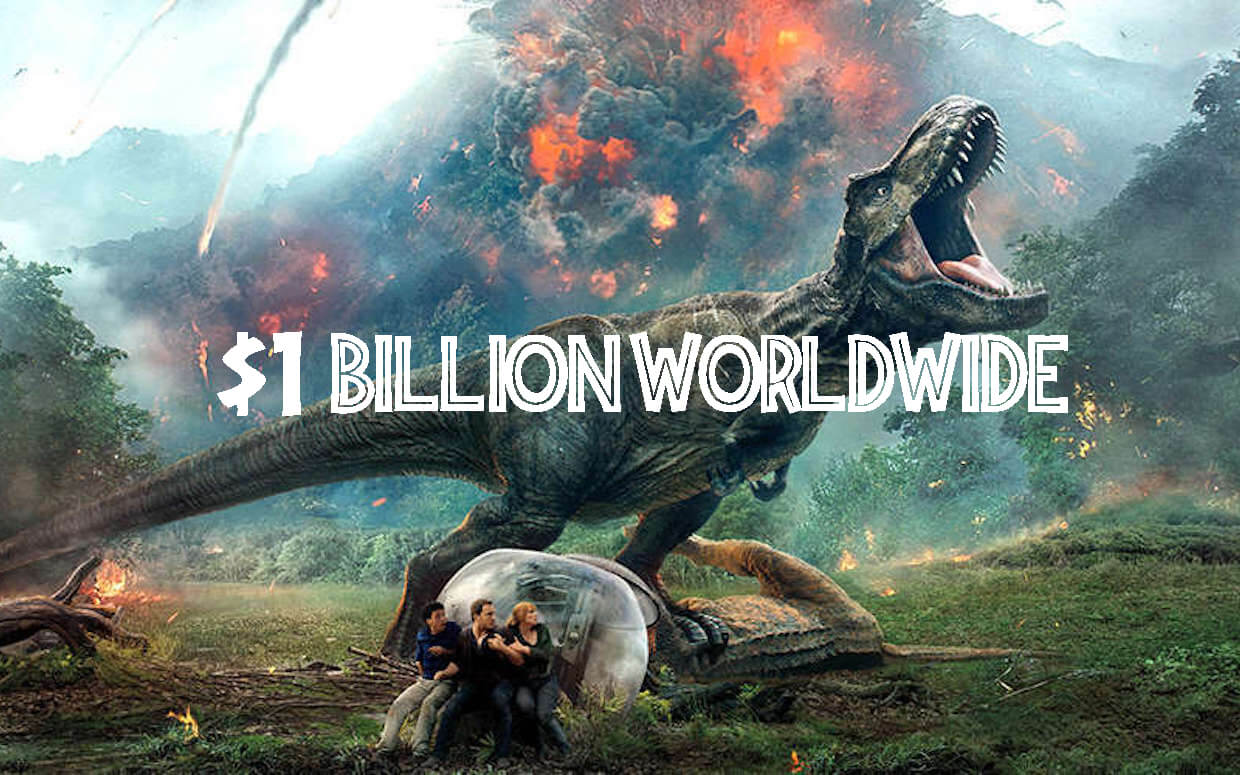 When all is said and done, Fallen Kingdom will be the second highest worldwide grossing film (unadjusted) of the entire series behind Jurassic World, which grossed $1.671 billion just three years ago. Jurassic Park did not cross $1 billion during it’s initial run in 1993, but thanks to it’s re-release in 3D in 2013 it hit that milestone and now stands at $1.029 billion. The Lost World: Jurassic Park amassed $618.6 million in 1997 and Jurassic Park III brought in a franchise low $368.8 million in 2001. The entire film franchise has now totaled $4.68+ billion and the number continues to grow each day.

While Fallen Kingdom won’t match the massive total of Jurassic World’s franchise high, reaching $1 billion is no small feat. It is only the third film of 2018 so far to cross the mark after Black Panther and Avengers: Infinity War earlier this year. The film will continue to add to the worldwide total over the Summer and will open in it’s final territory, Japan, next Friday July 13th. In 2015, Jurassic World earned $74.59 million in Japan and there is a chance Fallen Kingdom could post similiar numbers there.

Fallen Kingdom will likely finish it’s worldwide run in the $1.1 to 1.2 billion range. Roughly a 28-34% drop from Jurassic World, which is still pretty impressive since the fourth film had the build up of a 14 year wait, a fully functioning park and the nostalgic factor of the original film. It also didn’t hurt that it offered film fans something “different” in an era dominated by superheros and Star Wars movies. Speaking of Star Wars, in comparison, The Last Jedi saw roughly a 36% decline from The Force Awakens.

Jurassic World 3, which will be released on June 11, 2021 will try to become the fourth film in the franchise to join the $1 billion club. What do you think of Jurassic World: Fallen Kingdom hitting the $1 billion mark and do you think the sixth installment will also be able to make that much? Let us know your thoughts in the comments below and on our forums.

If you were planning a spot of Industrial Espionage this summer, or perhaps just want to shave like it’s 1993, then don’t worry, Chronicle Collectibles has got you covered! The replica everyone has been waiting for has finally arrived; Dennis Nedry’s Barbasol Cryocan!

Announced exclusively today by io9, Jurassic-licensee Chronicle Collectibles have again partnered with Universal Studios and Barbasol to be bring this iconic piece to life. While details are scarce for the time being, rumours are already circulating about a functional mechanism on the inside, so you can recreate Nedry’s antics at home!

Last seen disappearing into the soils of Isla Nublar, fans will remember the Barbasol Can as the discreet means of smuggling Dinosaur Embryos out of the park. Customs can even check it if they want! Given to Dennis Nedry by Biosyn’s infamous Lewis Dodgson (Does anyone care?), its mission was never completed.

Can you succeed where Nedry failed? If you’ve got an 18 minute window, sound off below! 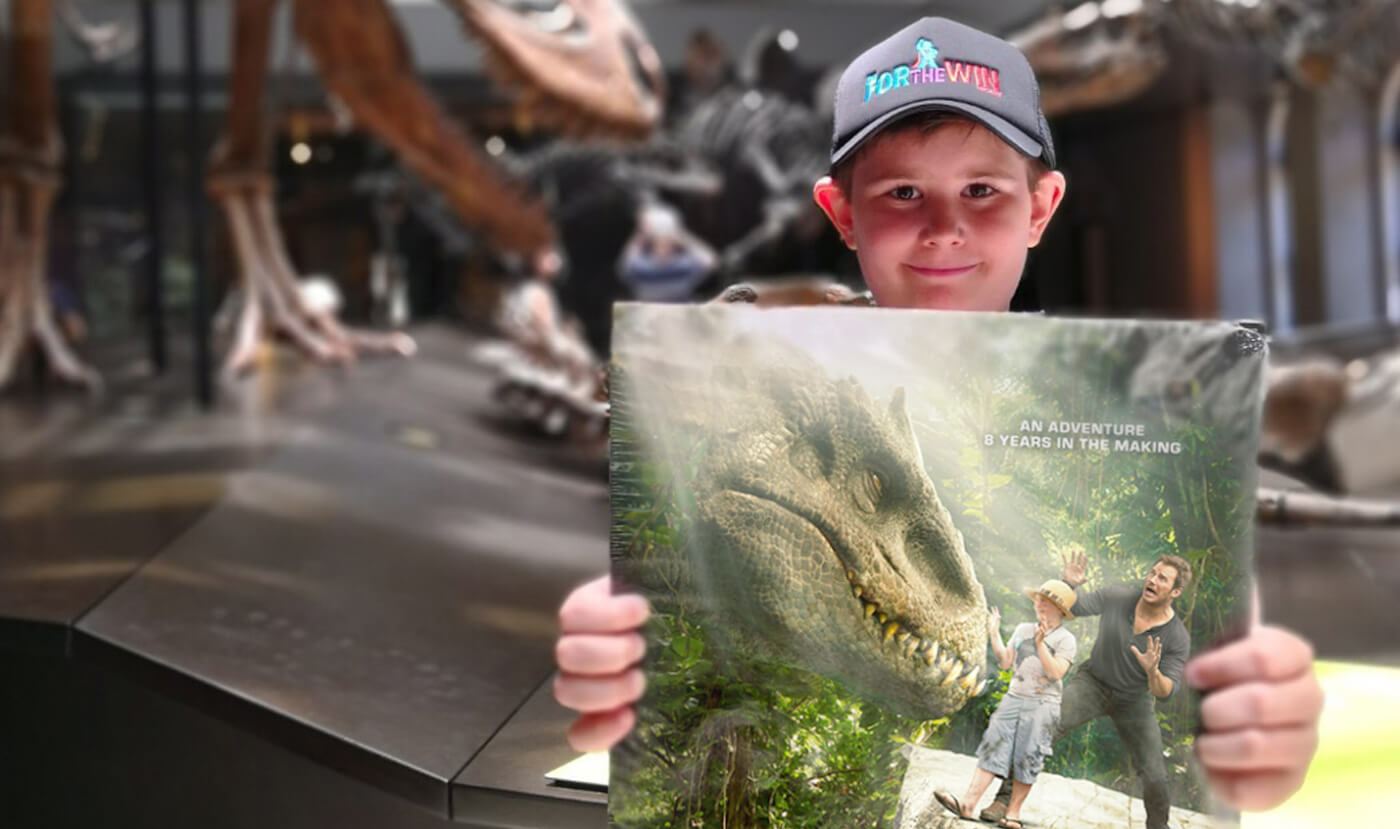 Welcome to Liam’s Jurassic World! Since 2015 the For The Win Project has been providing children who are disabled, disadvantaged and seriously ill the opportunity to BE their favourite heroes, and 9 year old Liam would like to welcome you to his Kingdom!

Thankfully now in remission, Liam has been battling cancer since he was only 5 years old. The Jurassic movies helped Liam get through many of his tough days battling luekemia, and also inspired him to follow in Dr. Grant’s footsteps and become a Paleontologist!

The For The Win Project has been working with Liam and his family to provide a unique opportunity to star in his own Jurassic World movie trailer and feature on the poster alongside the one and only Raptor Wrangler Owen Grady!

With a photoshoot guided by Chris Pratt himself, Liam’s movie poster was brought to the Jurassic World: Fallen Kingdom set by For The Win founders Jesse and Jaimie to celebrate the news of Liam being in remission with the cast and crew! The wonderful Bryce Dallas Howard also had a special message for Liam:

He even got the chance to tame a rogue Velociraptor at the Raptor Encounter!

The team at For The Win truly created a one-of-a-kind experience for young Liam, a kid that’s been through so much. He is now a movie star in his favourite franchise!

In the words of the For The Win team, ‘Liam is an inspiration, a warrior, and most importantly, a great kid’, and we want to wish our own thoughts and love to young Liam, who’s already faced some of life’s hardest battles. You are an inspiration, kid!

We also want to highlight the heartwarming work that our friends at the For The Win Project are doing and help spread the word. Kids like Liam have already been dealt a bad hand and it’s people like Jesse, Jaimie and many others who help to brighten their day.

There are unfortunately many other children out there battling cancer and other illnesses so be sure to check out charities like For The Win to see how you can help, and learn more about it all at https://www.cancer.org.

Share your thoughts down below and be sure to wish Liam good luck with his dream of becoming the next Alan Grant!

Just in time for Jurassic June, they have released four pieces to commemorate the release of one of the best movies of all time.

“This is a Collection that has been 65 million years in the making and it’s now been unleashed for the first time. Han Cholo Jewelry welcomes you to Jurassic Park to feast your eyes on the Jurassic Park 25th Anniversary Jewelry Collection. This micro collection is short but oh so sweet, consisting of the 25th Anniversary Class Ring complete with an Amber stone in the center and with fossil, dino bone and dino scale detailing all around the ring with the infamous Jurassic Park logo and 93 on the sides. Now who of you wouldn’t want to take a baby dino home? Well now you can with the baby dino pendant, just like in the 1993 film it looks like this baby dino is coming right out of his egg shell. For all you enamel pin lovers out there they also have the Jurassic Park 25th Anniversary Gate Enamel pin and the Mr. DNA Enamel pin. Take a look and just wait for the new dinos and other goodies to hit the Han Cholo Site, because Life always find a Way.”

For all the pin collectors out there, Han Cholo has created a Mr. DNA pin, and a SDCC (San Diego Comic Con) 2018 exclusive JP gate pin. The Mr. DNA pin is 1.5 inches in length, and features everybody’s favorite DNA strand. The SDCC 2018 exclusive features the famous JP gates that open up to reveal a T.Rex. Both pins are available for pre-sale now, and are scheduled to ship in July.

Die-hard fans will be enamored by the two exquisite jewelry pieces Han Cholo has to offer. Raptor squad fans will love the baby raptor necklace, which features a baby raptor hatching from an egg. Now you can take a baby raptor with you where ever you go! Fans looking for a class-y ring, will love the JP 25th anniversary class ring. The ring features an orange amber stone, the JP emblem, and a 93 for the class, er, release year.

What do you think of Han Cholo’s JP 25 anniversary collection? Will you be picking up some pins or jewelry to add to your collection? Let us know in the comments below! 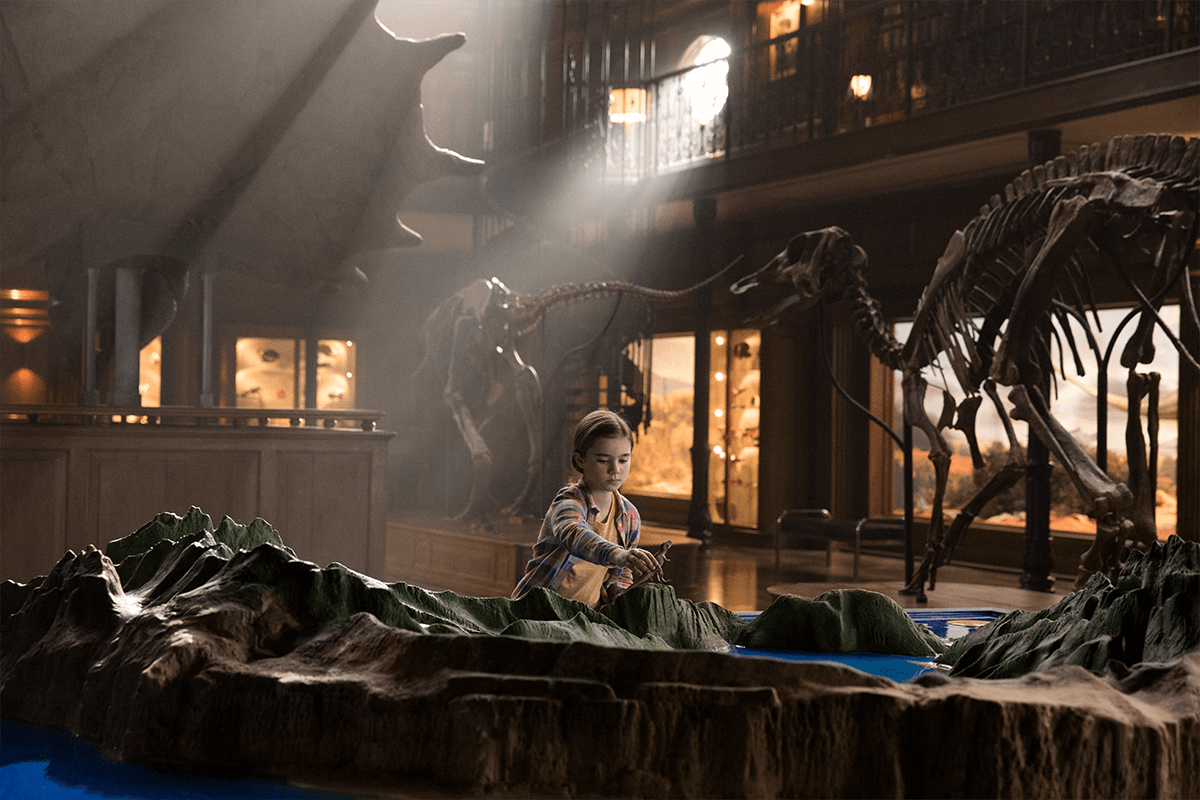 Jurassic World: Fallen Kingdom officially hit domestic theaters on June 22nd and earned the second best opening in Universal Pictures history with $148 million (down $2 million from the $150 million Sunday estimate). It was easily the #1 film and it remained the #1 film during it’s second weekend since release with an estimated $60 million, a 59.9% drop from last weekend. The estimated domestic total for Fallen Kingdom stands at $264.79 million.

The estimated $60 million is also the second largest second weekend for a film in Universal Pictures history. The top second weekend was Jurassic World three years ago when it fell only 49% and earned $106.588 million. It just narrowly edged out Furious 7, which grossed $59.586 million during it’s second weekend in 2015.

Overseas the film continued to do well and has now taken it’s international total to $667.6 million. Adding that with the estimated domestic total of $60 million, it’s worldwide estimated total is $932.39 million. Fallen Kingdom will soon be joining the exlusive rank of films that have grossed at least $1 billion worldwide.